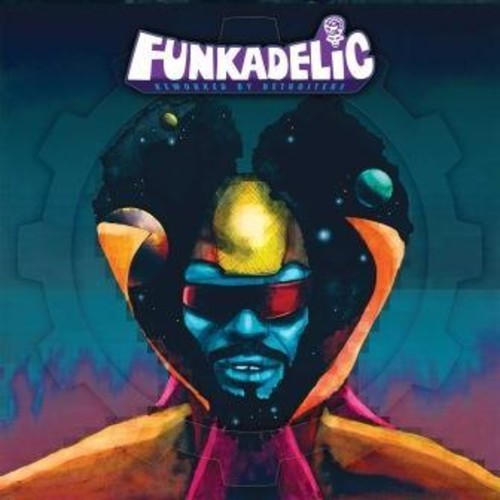 Limited triple vinyl LP pressing. Funkadelic was the most influential group to emerge from Detroit in the 1970s. Their early albums have cast a long shadow over everything that came afterwards in the city. It was music that understood the past but was firmly aiming towards the future and mixed soul, funk and rock into an almost unimaginable stew. This album is a tribute from some of the most important recording artists currently working in the city to these most influential of forefathers. The very finest talent now active in Detroit appear on the record, being given free rein to work on the multi-track tapes, to rework in any way they see fit. We have full-on remixes, futuristic creations using the original track as an inspiration, discofied re-edits and skeletal dubs. Spearheaded by Brendan Gillen of Interdimensional Transmissions, the set features names working across the musical spectrum. There is an appearance by those most mysterious of techno pioneers Underground Resistance, and by Kenny Dixon Jr and his alter-ego Moodymann. The Dirtbombs throw down a frenetic take on 'Super Stupid', whilst disco re-edit expert Gaye Marvine adds his magic to 'Undisco Kidd'. Other contributors include Funkadelic alumni Amp Fiddler, Marcellus Pittman and Anthony Shake Shakir. 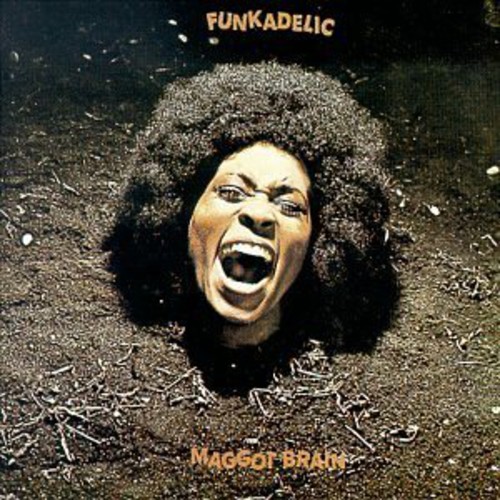 Funkadelic's ultimate early classic remastered from the original masters for the first time in 15 years. Maggot Brain is rated by, amongst others, Mojo Magazine as an all-time classic. Their critics voted it the fourth greatest guitar album ever, only beaten by Jimi Hendrix and the Who. Guitarist Eddie Hazel's playing on the title track is nothing short of stunning. This 2005 reissue includes the original seven track album plus the bonus of an alternate mix of the album's title track. It also includes 'Whole Lot of BS', the non album B-side of the album's third single, 'Hit It And Quit It', and the contemporary 45 'I Miss My Baby' recorded by US Music with Funkadelic, a copy of which recently sold for $150. The booklet includes in-depth sleeve notes by funk expert Dean Rudland, with details of the history of the band and this recording. The package includes full color reproduction of the original artwork, contemporary memorabilia and adverts. Westbound. 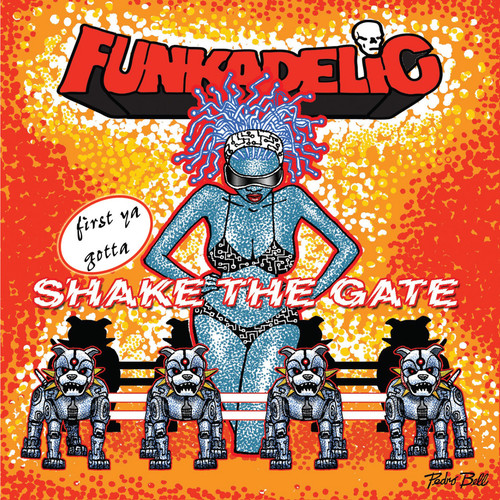 First Ya Gotta Shake The Gate

33 Songs for the 33 years since the last official FUNKADELIC release! This album has something for every type of Funkateer; a little old school, a bit of new school, R&B, classic Funk, Hip-Hop, and even some Hard Rock. Featuring the talents of George Clinton, Sly Stone, Blackbyrd McKnight, Lili Hadyn, Danny Bedrosian, Soul Clap and many more! 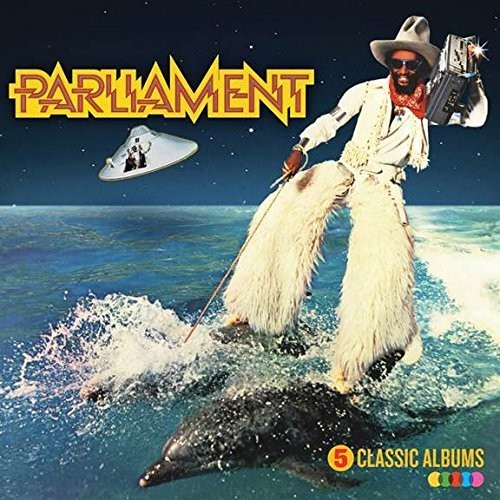 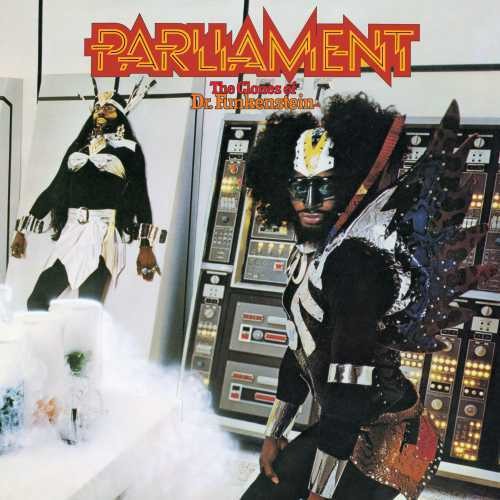 The Clones Of Dr. Funkenstein

Vinyl: $29.98 UNAVAILABLE
Limited vinyl LP pressing with 3D lenticular cover. The Clones of Dr. Funkenstein is an album by funk band Parliament, released in September of 1976. The album is notable for featuring horn arrangements by ex-James Brown band member, Fred Wesley. The album charted at #3 on the Billboard R&B Albums chart, #20 on the Billboard pop chart, and became Parliament's second album to be certified gold. Two singles were released off the album, "Do That Stuff", which charted at #22, and "Dr. Funkenstein" which charted at #43. Parliament was originally The Parliaments, a doo-wop vocal group based at a Plainfield, New Jersey barbershop. The group was formed in the late 1950s and included George Clinton, Ray Davis, Fuzzy Haskins, Calvin Simon, and Grady Thomas. Clinton was the group leader and manager. The group finally had a hit single in 1967 with "(I Wanna) Testify" on Revilot Records. During a contractual dispute with Revilot, Clinton temporarily lost the rights to the name "The Parliaments", and signed the ensemble to Westbound Records as Funkadelic, which Clinton positioned as a funk-rock band featuring the five touring musicians with the five Parliaments singers as uncredited guests. With Funkadelic as a recording and touring entity in its own right, in 1970 Clinton relaunched the singing group, now known as Parliament, at first featuring the same ten members. Clinton was now the leader of two different acts, Parliament and Funkadelic, which featured the same members but were marketed as creating two different types of funk. 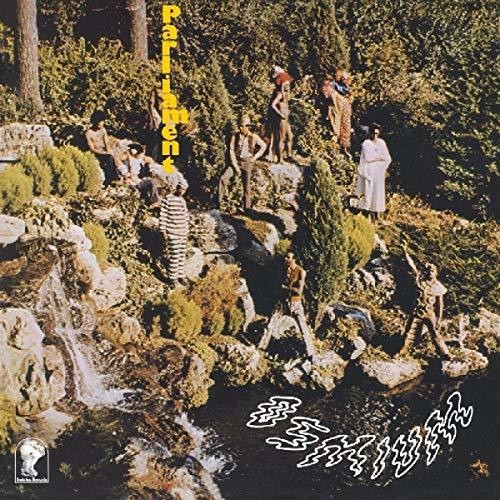 Limited 180gm audiophile vinyl LP pressing. Osmium is the debut album by funk band Parliament, led by George Clinton. The album has a psychedelic soul sound with a spirit of experimentation that is more similar to early Funkadelic than the later R&B-inspired Parliament albums. It was originally released in September 1970 on Invictus Records. The original vinyl release contained a glossy lyric sheet. Since it's re-release in 1990, Osmium has been distributed numerous times by various labels in the U.S., Europe and Japan, sometimes under alternate titles that have included Rhenium and First Thangs. A number of these reissues have featured material that was not included on the original album, such as unreleased tracks and singles that were recorded around the same time as Osmium. The personnel for this album included the five Parliament's singers and the five backing musicians known as Funkadelic. The same personnel also recorded as Funkadelic, releasing that act's self-titled debut album also in 1970. After the release of Osmium, contractual difficulties prevented further recording under the name Parliament until 1974, when Clinton signed that act to Casablanca Records and positioned it as an R&B-inspired counterpoint to the more rock-oriented Funkadelic. 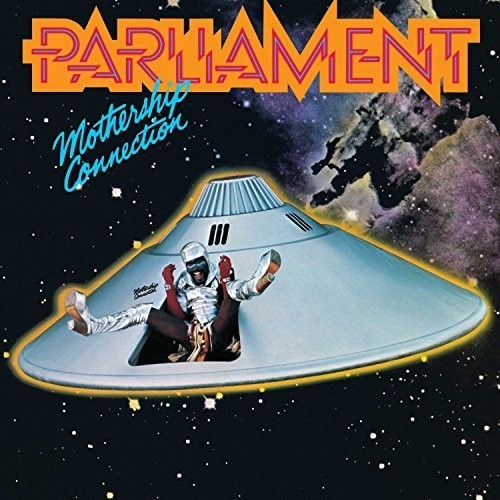 Vinyl LP repressing of this classic album by George Clinton, Bootsy Collins and the gang packaged in a limited 3D cover. Mothership Connection was the fourth album by funk band Parliament. Mothership Connection became Parliament's first album to be certified gold and later platinum. The Library of Congress added the album to the National Recording Registry in 2011, declaring "The album has had an enormous influence on Jazz, Rock and Dance music." Continuing with it's Respect The Classics campaign UMe are reissuing this classic back on vinyl with a limited edition 3D cover that's mind blowing! Includes 'Give Up The Funk (Tear The Roof Off The Sucker)' and more.