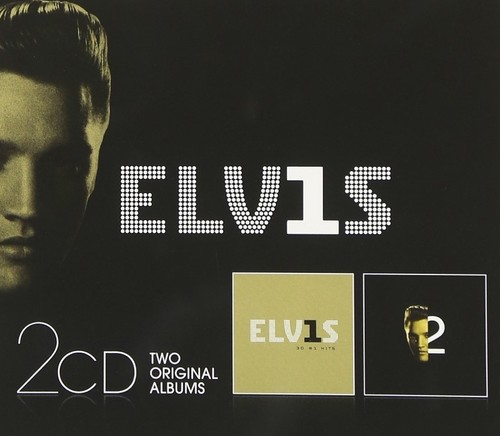 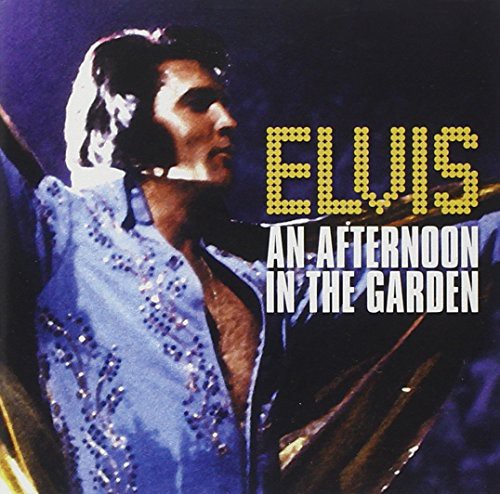 Afternoon in the Garden 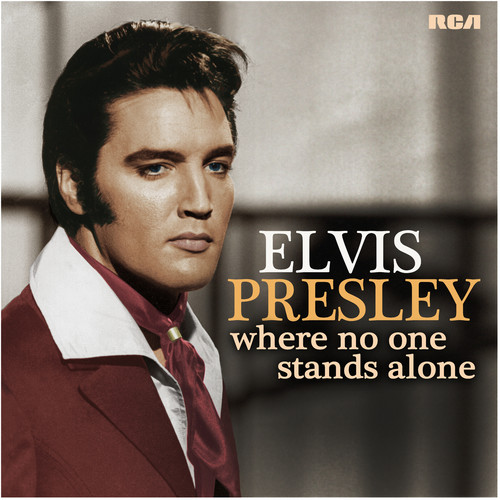 Where No One Stands Alone [LP]

Where No One Stands Alone celebrates the power and passion of Elvis Presley's gospel recordings. Produced by Joel Weinshanker, Lisa Marie Presley and Andy Childs, Where No One Stands Alone introduces newly-recorded instrumentation, rare alternate vocals from Elvis, and backing vocal contributions from music legends who'd performed on-stage and/or in-the-studio with Elvis such as, Darlene Love; Cissy Houston; Terry Blackwood, Armond Morales and Jim Murray of The Imperials; and Bill Baize, Ed Hill, Donnie Sumner and Larry Strickland of The Stamps Quartet. Hundreds of hours of went into the transferring, upgrading, and enhancing of the original multi track vocals resulting in the richest, most vibrant Elvis vocals on these tracks that have ever been released. The album also includes a reimagined duet with Elvis and his daughter, Lisa Marie Presley, on the album's title track and spiritual touchstone. Where No One Stands Alone provides new musical perspectives on 14 of the singer's favorite pieces of gospel music, from the reverential to the celebratory, with song selections including Presley's beloved enduring gospel classics (the 1965 Top 5 smash "Crying In The Chapel," "How Great Thou Art," "You'll Never Walk Alone"), praise-filled gospel-rockers (Jerry Lieber and Mike Stoller's "Saved") and traditional hymns and spirituals ("So High," "Stand By Me," "In The Garden," "Amazing Grace"). "Since I was two years old," Elvis Presley once said, "all I knew was gospel music. It became such a part of my life, it was as natural as dancing. A way to escape my problems, and my way of release." It was Elvis' explosive mix of styles - blues, bluegrass, country, swing, pop - that generated his iconic world-changing rock n' roll, but it was the hymns, spirituals and church music of his childhood, the deep-seated gospel roots that sustained Elvis and his musical vision throughout his life. "This was his favorite genre - no question about it," says Lisa Marie in her album notes. "He seemed to be at his most passionate, and at peace while singing gospel. He would truly come alive - whether he was singing just for himself and me at home, or on stage in front of thousands of fans."

$22.98
Elvis Presley
Where No One Stands Alone [LP]
Quick View 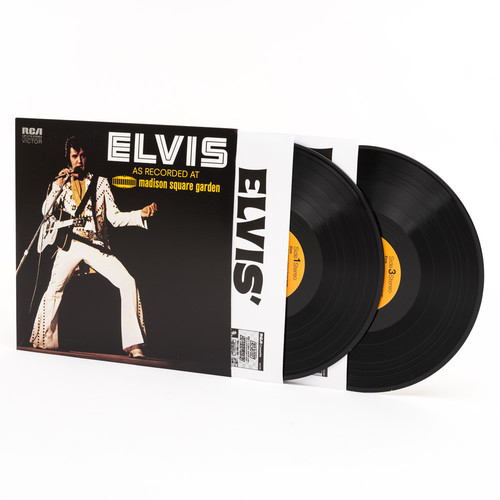 Double vinyl LP repressing of this 1972 live album from the King of Rock 'n' Roll. Touted as his first live shows in New York since the '50s, this live set was taped at the evening performance and released a week later. Initially, the album was released as a single LP but is now properly released as a double LP vinyl. 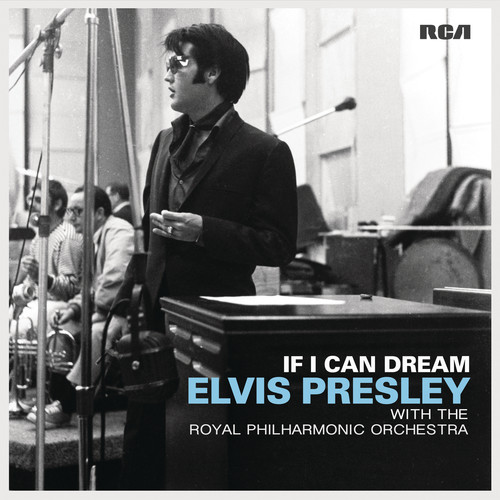 If I Can Dream: Elvis Presley with the Royal Philharmonic Orchestra [Vinyl]

Double vinyl LP pressing. 2015 release. An exciting revisit of Elvis' work, If I Can Dream focuses on the iconic artist's unmistakable voice, emphasizing the pure power of The King of Rock and Roll. Recorded at Abbey Road Studios in London with acclaimed producers Don Reedman and Nick Patrick, the 14-track album features Elvis' most dramatic original performances augmented with lush new arrangements by The Royal Philharmonic Orchestra. "This would be a dream come true for Elvis," Priscilla Presley says of the project. "He would have loved to play with such a prestigious symphony orchestra. The music... The force that you feel with his voice and the orchestra is exactly what he would have done." Don Reedman also commented, "Abbey Road Studios and the Royal Philharmonic Orchestra are as good as it gets and Elvis deserves as good as it gets." The album features a scintillating duet with best-selling jazz-pop singer Michael Bublé on "Fever." The album also includes additional contributions by Rock and Roll Hall of Fame guitarist Duane Eddy adding his signature sound to "An American Trilogy" and "Bridge Over Troubled Water," and Italian operatic pop trio Il Volo lending their outstanding vocals to "It's Now or Never." As arranger Nick Patrick said, "This is the record he would have loved to make." If I Can Dream also highlights Elvis Presley's diverse musical tastes and appreciation for great vocalists spanning a variety of genres from standards to opera.

$30.98
Elvis Presley
If I Can Dream: Elvis Presley with the Royal Philharmonic Orchestra [Vinyl]
Quick View 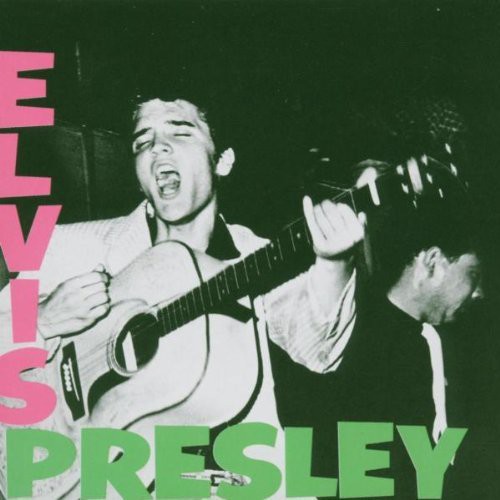 Following the unexpected massive success of Heartbreak Hotel, this was as startling a debut record as any ever made, representing every side of Elvis' musical influences except gospel rockabilly, blues, R&B, country, and pop were all here in an explosive and seductive combination. Elvis Presley became the first rock & roll album to reach the number one spot on the national charts, and RCA's first million dollar-earning pop album. 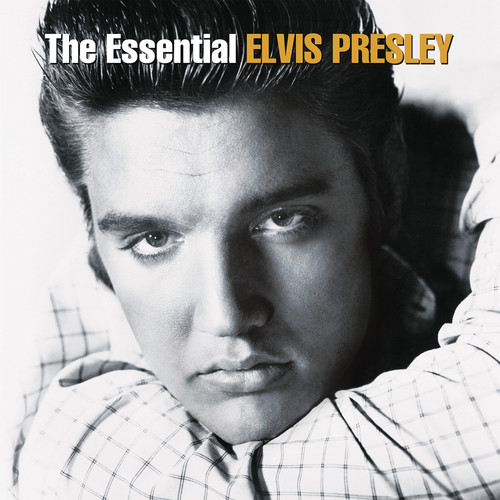 Double vinyl LP pressing. Collection from the "King Of Rock 'n' Roll" featuring a great selection of hits spanning his entire career with the Sun and RCA labels. Elvis released a handful of singles on Signing with RCA in 1955, Elvis remained on the label until his death 22 years later. The Essential series has sold 18 million units worldwide.

$30.98
Elvis Presley
Essential Elvis Presley [Vinyl]
This website uses cookies to personalize content and analyse traffic in order to offer you a better experience.
I accept Learn More
back to top