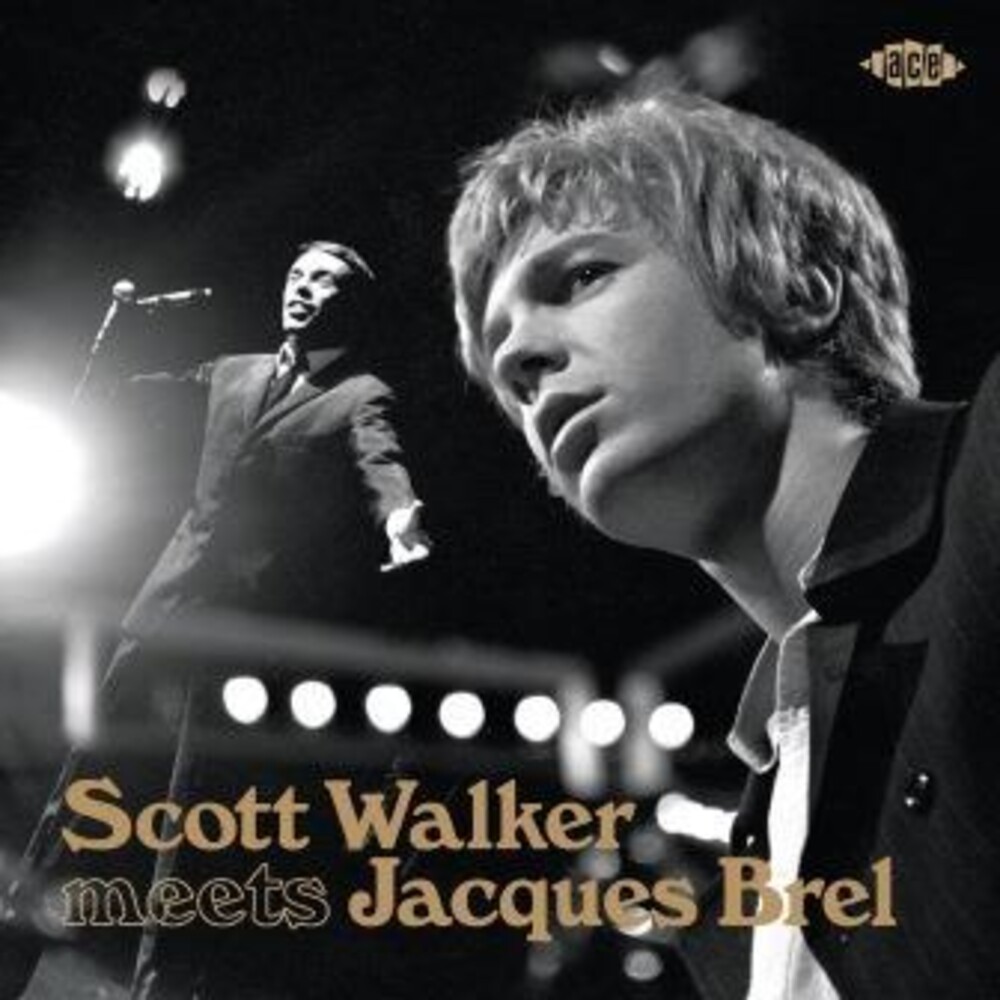 Many in the English-speaking world first heard of Jacques Brel through Scott Walker's championing, yet when Scott launched his post-Walker Brothers solo career with his recording of Brel's 'Jackie' in 1967, Brel had been an enormous star in France for years. That lofty status was remarkable, given Brel's lyrical obsessions with doomed romance, loneliness, prostitution and death. As he said in 1966, "I'm obsessed by those things that are ugly and sordid, that people don't want to talk about, as if they were afraid of touching a wound that might soil them."It was American songwriter Mort Shuman who, by remaining as faithful as he could to Brel's original words, transformed several key chansons into versions English-speaking audiences could relate to. Scott, however, was introduced to Brel's songs by his chanson-loving German girlfriend, who would translate them for him. He was immediately smitten. Meanwhile, a demo disc of Shuman's translations had reached Stones manager Andrew Loog Oldham, who in due course passed the disc to Scott. Brel's impassioned narrative-based compositions had a profound impact on Scott, shaping the creation of his own increasingly meditative and dramatic songs. His first three solo albums - produced by John Franz with superb orchestral arrangements by Wally Stott, Peter Knight & Reg Guest - would each feature Brel songs. "With those albums, I was very excited having discovered chanson and Brel," Scott would recall decades later. "When I hear some-thing I get excited about, I think everyone should hear it." This new Ace compilation comprises Scott's interpretations of the nine Brel songs featured on his "Scott", "Scott 2" and "Scott 3" albums, followed by Brel's own French language originals, plus Brel's version of 'Seul', a song Scott performed on his TV series but of which made no studio recording. Packaged with a stylish 24-page booklet featuring essays on Scott Walker and Jacques Brel by Ian Johnston and Kris Needs respectively.