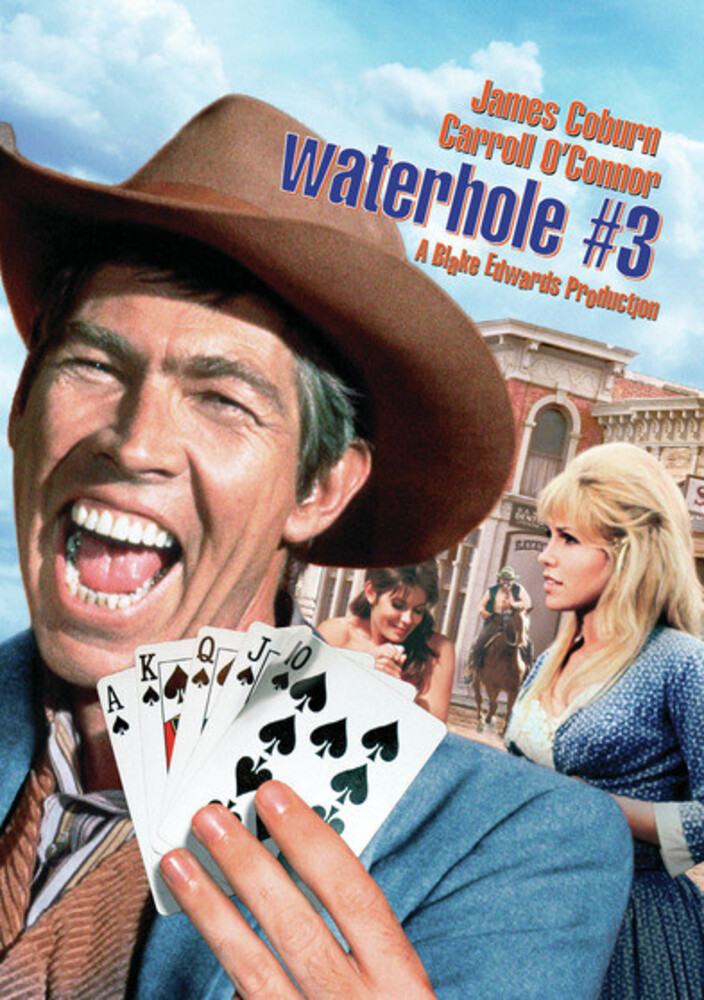 Somewhere in the vicinity of the dusty Arizona burg of Integrity lies a fortune in stolen gold, buried at a desert waterhole by three confederates. Zeroing in on the hidden wealth is conniving gambler Lewton Cole (James Coburn), who's armed with a promising map, riding a stolen horse, and pursued by a less-than-law-abiding sheriff (Carroll O'Connor). And adding to the greed, corruption and lawlessness is a wonderfully misfit collection of additional treasureseekers, including the original thieves and an Army cavalry troop all intent on claiming the loot. Will they all converge on Waterhole #3 at the same moment? Margaret Blye, Bruce Dern, Claude Akins, Joan Blondell, James Whitmore and Timothy Carey also star in this boisterous Western comedy that rolls through the rowdy Old West like a prairie twister.