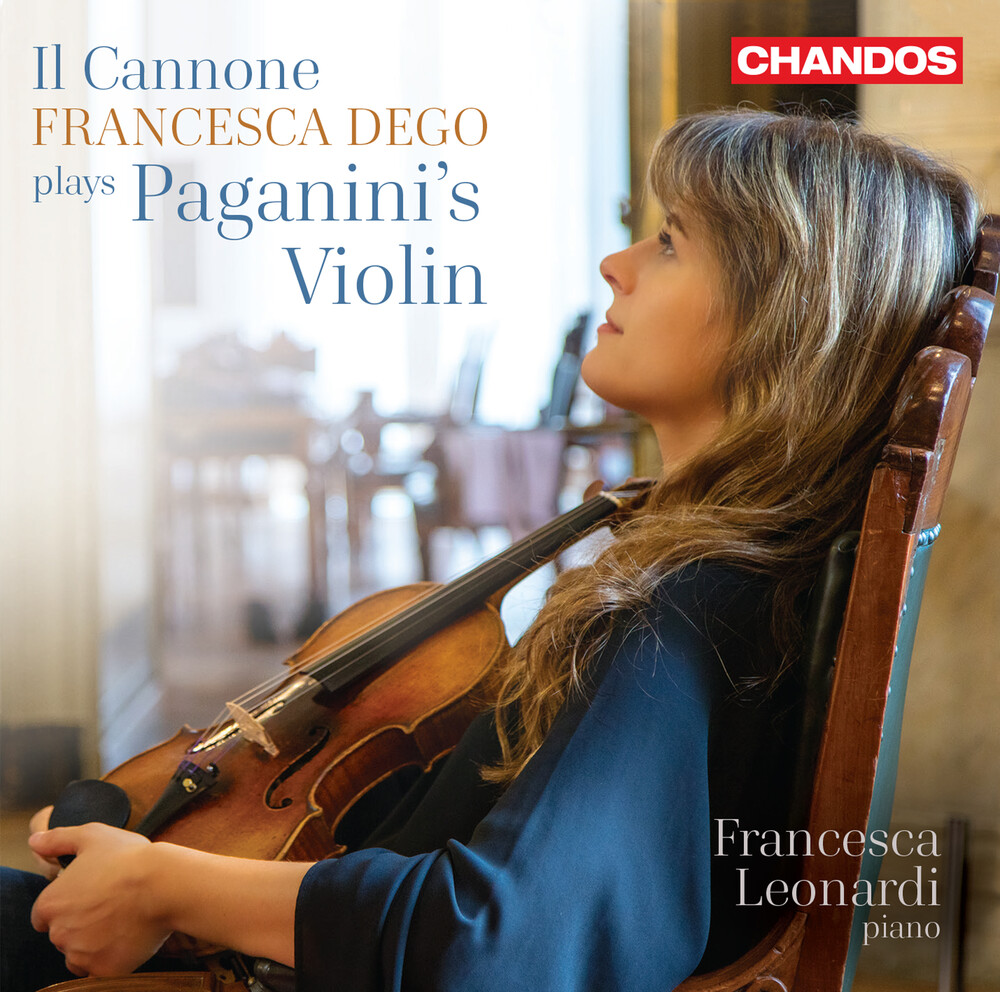 Paganini's violin, the legendary 'il Cannone', made by Giuseppe Guarneri del Gesù in 1743, is one of the most important musical instruments in the history of Western music. Paganini was the greatest virtuoso of his time, acclaimed throughout Europe and an inspiration to performers and composers alike. On his death, he bequeathed 'il Cannone' to his home city of Genoa, where it is permanently housed under high security in the Town Hall. It has been heard on record just a handful of times. Francesca Dego was given the honor of recording with it after the success of her first performance on the instrument, in October 2019, when she was invited to play Paganini's First Violin Concerto at the Paganini Celebratory Concert at Teatro Carlo Felice, in Genoa. Francesca Dego comments: 'Spending a few enchanted days recording with this priceless treasure was unforgettable. I was overwhelmed when I was first handed the instrument that had caressed the ears of Schumann, Schubert, Goethe, Rossini, Bellini, Berlioz, Chopin, Heine, and so many more. I remember standing in that very room as a young girl, hypnotized, staring at history behind glass, fingers tingling at the thought of touching it. And suddenly there I was, holding Paganini's violin. I feel so privileged to be able to share the soul of 'il Cannone' in a new recording. I remember thinking long and hard about the ideal programme and carefully selecting a series of works paying homage to Paganini. The 'Cannon' has pretty much only ever been used to record music by Paganini, so the idea of it's celebrated tone teaming up with composers who idolized the Italian virtuoso throughout history is really exciting to me!'