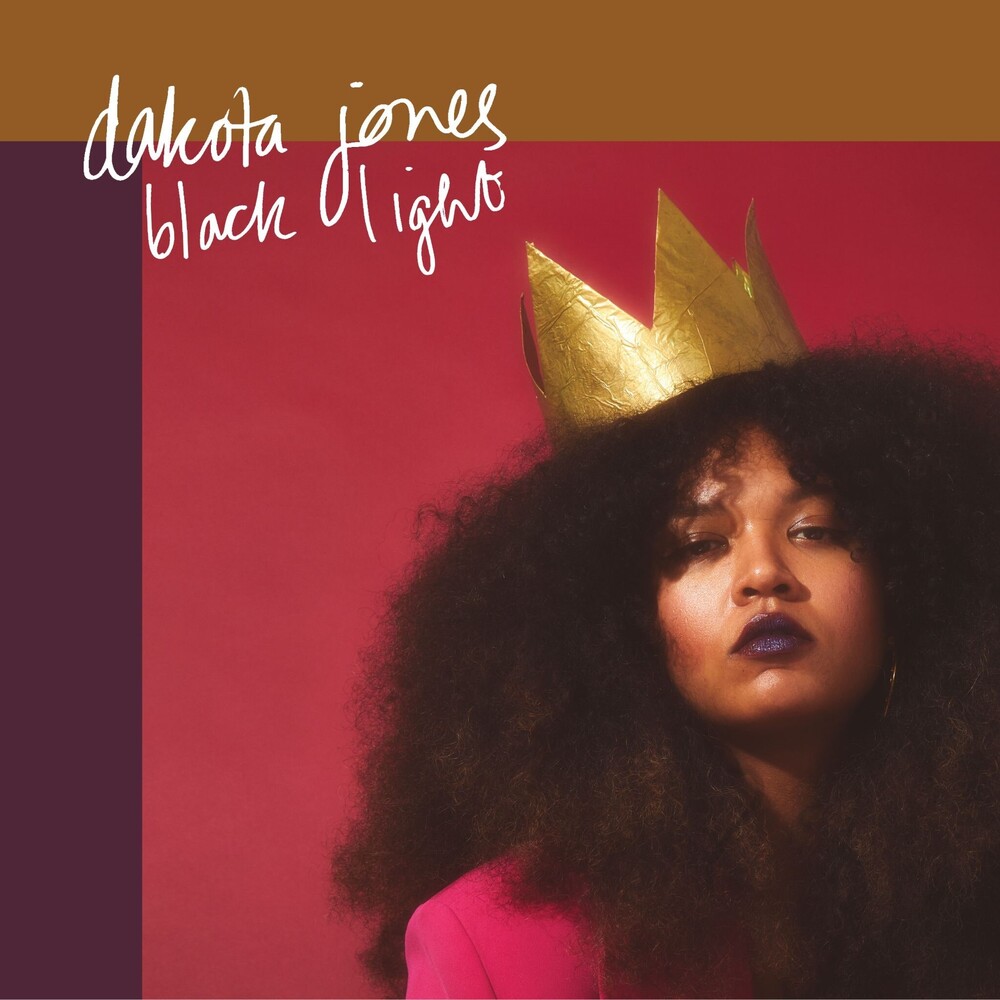 In an age where artistic merit is awarded to those who shout the loudest, Dakota Jones pride themselves on an unwavering ability to leave a lasting impression. Spearheaded by Tristan Carter-Jones fierce and unashamedly uncensored songwriting, the band's fast-growing reputation as formidable live act has stamped Dakota Jones with the hell-hath-no-fury power of Chaka Khan, the wild spontaneity of Janis Joplin, and the honey-dripping sensuality of Marvin Gaye. Their debut album's message of proud black heritage and triumphant queerness manifests itself in Carter-Jones' ability to challenge norms of adulthood and femininity as she takes a deep dive into some of life's most visceral emotions. Serving as an instant tone setter, the album opens with the line "Stretch marks from growing pains" with Carter-Jones lamenting the woes of adjusting to adulthood on lead single 'Did It To Myself' - her husky and commanding vocal instantly asserting it's place in the spotlight. The atmosphere soon turns steamy on the flirtatious title track 'Blacklight,' whilst fantasising over a modern-day Bonnie & Clyde love affair the funk-laden 'We Playin Bad Games' packs a punch with it's tale of free spirits entwined in a haze of late-night revelry. Production comes courtesy of the Grammy-winning John Wooler, ex Virgin Records A+R and founder of the Blues label Pointblank who has worked with everyone from John Lee Hooker and John Hammond to Isaac Hayes and Van Morrison. The album also features a wealth of hugely talented and accomplished musicians, including backing vocalist Kudisan Kai, former backing vocalist for the likes of Elton John, Chaka Khan, Anita Baker, Natalie Cole, Beck, Sting, Mary J. Blige and Jill Scott. Also present; Grammy winning keyboardist Jon Gilutin, who has spent years working with some of the industry's most respected and iconic artists including Linda Ronstadt, James Taylor, Lady Gaga, Willie Nelson, Aretha Franklin, Diana Ross, Jackson Browne, Celine Dion, Bonnie Rait and Carole King. You'll also hear the talents of acclaimed guitarist Michael Toles. Most well-known for being a part of the Stax Records group The Bar Kays, and for his contributions on famous records by Issac Hayes, Al Green, BB King, Johnny Taylor, Rufus Thomas, Albert King to name just a few. Dakota Jones are a rising funk, soul and blues rock band from Brooklyn, New York City. Comprising of Tristan Carter-Jones (vocals), Scott Kramp (bass) Steve Ross (drums), and acclaimed musician Randy Jacobs (guitar) - former member of Was (Not Was) who has recorded for Seal, Bonnie Raitt, Tears for Fears, Elton John and many others. Though Carter-Jones and Ross first met in 1999 whilst at primary school, the band formed years later following a series of home jam sessions in 2016. The band's collective alias originates from Carter-Jones's middle name, 'Dakota'. Dakota Jones have since released a string of acclaimed singles and EPs as well as received international attention for their track, 'Have Mercy' after it featured on Netflix's 2019 film, Always Be My Maybe starring Ali Wong and Randall Park - and now after years of hard work and determination, the band are finally set to reveal their long awaited debut album. "We'd been regularly releasing EPs, waiting for our chance to come, and wondering what that would look like," says Carter-Jones. "We didn't realise until we started making this record that we needed to stop waiting for some break to come along, and just do it ourselves, independently. "
back to top