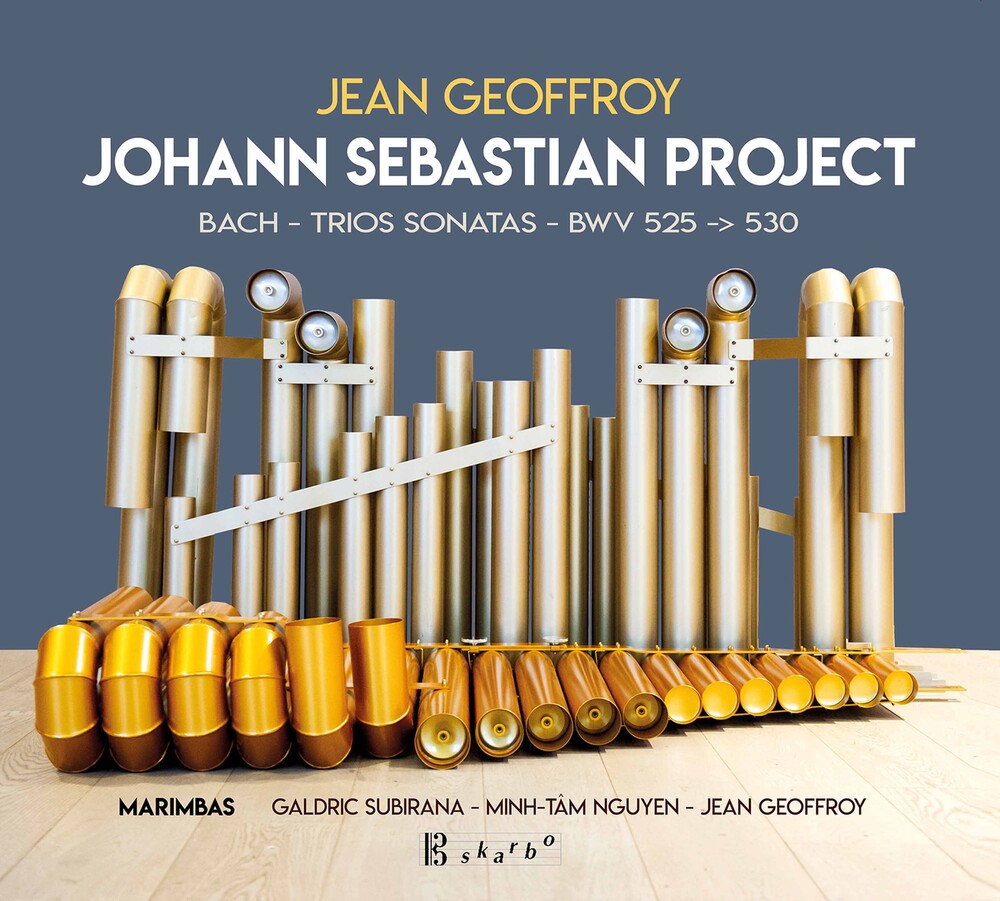 Representative artist of the contemporary musical world, international soloist as well as a major figure of percussion, Jean Geoffroy is one of those who introduced and recommended Bach to percussionists. After his successful recordings of the Suites, Sonatas, Partitas, as well as the Goldberg Variations, he returns to Bach with the Trio Sonatas, interpreted with 3 marimbas. Working on time, sometimes relaxed, sometimes constrained, rather than working on dynamics, getting imperceptibly closer to dance and movements that it infers, such is the starting point of this 'Johann Sebastian Project'. Jean Geoffroy has created his own itinerary in the percussion world. Solo timpanist of the Ensemble Orchestral de Paris from 1985 to 2000, member of the Menuhin Foundation 'Music Presence', a tireless artist, Jean Geo-roy has participated as a soloist in more than 35 albums and DVDs, including six dedicated to Johann Sebastian Bach. His next album Hors Jeu, devoted to pieces that were solely dedicated to him, will be released in 2021. First performer of numerous works, he has played in the most prestigious music festivals in the world, has given master classes and conferences worldwide for more than 30 years.