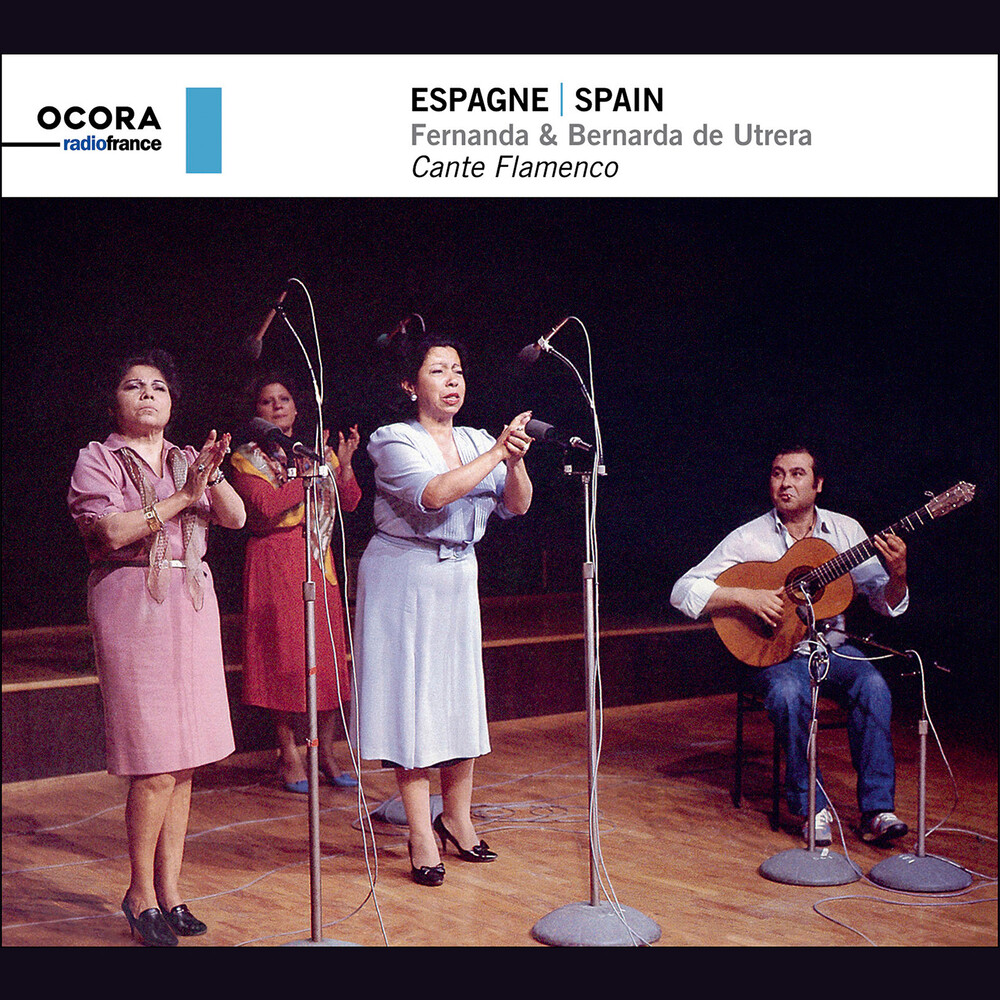 Fernanda JimĂ©nez PeĂ±a (1923-2006) was born in 1923 in Utrera, one of the towns located in the main cantaora region. Hailed as one of the greatest cantaoras of the last decades, Fernanda accompanies her voice of echoing sobs with gesticulation and superhuman concentration. Silence, panting, and gestures of impotence and agony transform her more inspired concerts into magnificent, liberating events laden with tragic pathos. Bernarda JimĂ©nez PeĂ±a (1927-2009), Fernanda's sister, is a cantaora specialised in the bulerĂ­as, which she performs with incomparable mastery. Although the bulerĂ­as have been considered as a minor form of cante, they are extremely difficult to execute due to their pulsating rhythm and the exactitude of their compĂˇs. Bernarda's bulerĂ­as convey infinitely complex psychological states and adapt to a wide variety of melodic lines, to create a personal, disorderly and expansive mood, further enhanced through her sense of intimacy and ability to move listeners.
back to top