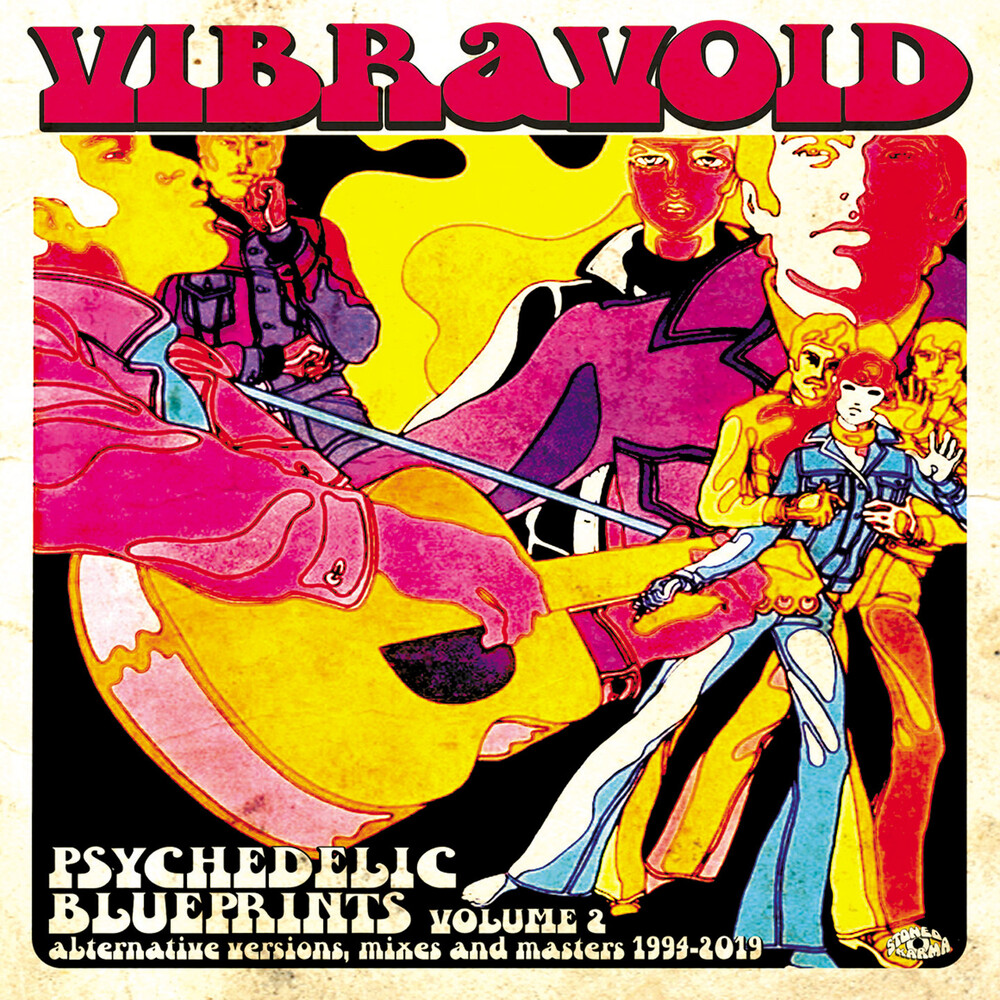 "Psychedelic Blueprints Vol. 2" is a storm of mind blowing psychedelia and illustrates the visionary music of the Vibravoid. Not only the visual aspects, the word "void" or the music of Vibravoid have been a major influence on the current psych- and retro-scene of the last years. Vibravoid are the first band to equally draw from 1960s psychedelia and hometown krautrock to set the blueprints of the postmodern rock scene. Vibravoid is the world wide only consistently working psych rock band of the last 30 years and the only psych rock band that constantly released vinyl albums through the years 2000-2010.