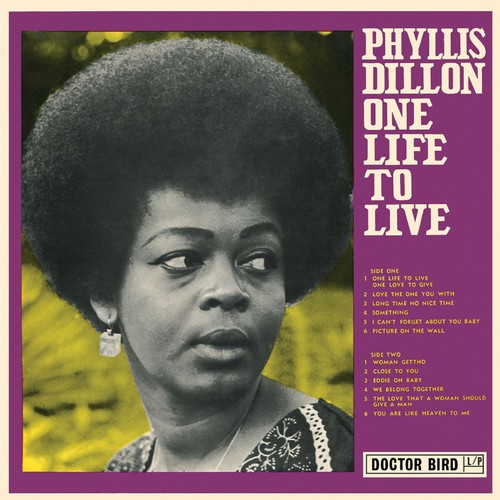 UK archive collection. Widely regarded as one of the most gifted vocalists to emerge on the Jamaican music scene in the late Sixties, Phyllis Dillon enjoyed a series of hugely popular 45s for celebrated producer, Duke Reid, prior to her premature retirement in 1972. Shortly before she withdrew from the spotlight, Reid issued her one and only long player, One Life To Live, which has since become one of the most sought-after collections from the golden age of reggae. Now at long last, this seminal album is augmented by Dillon's most popular rock steady and reggae recordings for Reid's Treasure Isle Records, with the result being in the most comprehensive collection of her work yet to see issue.