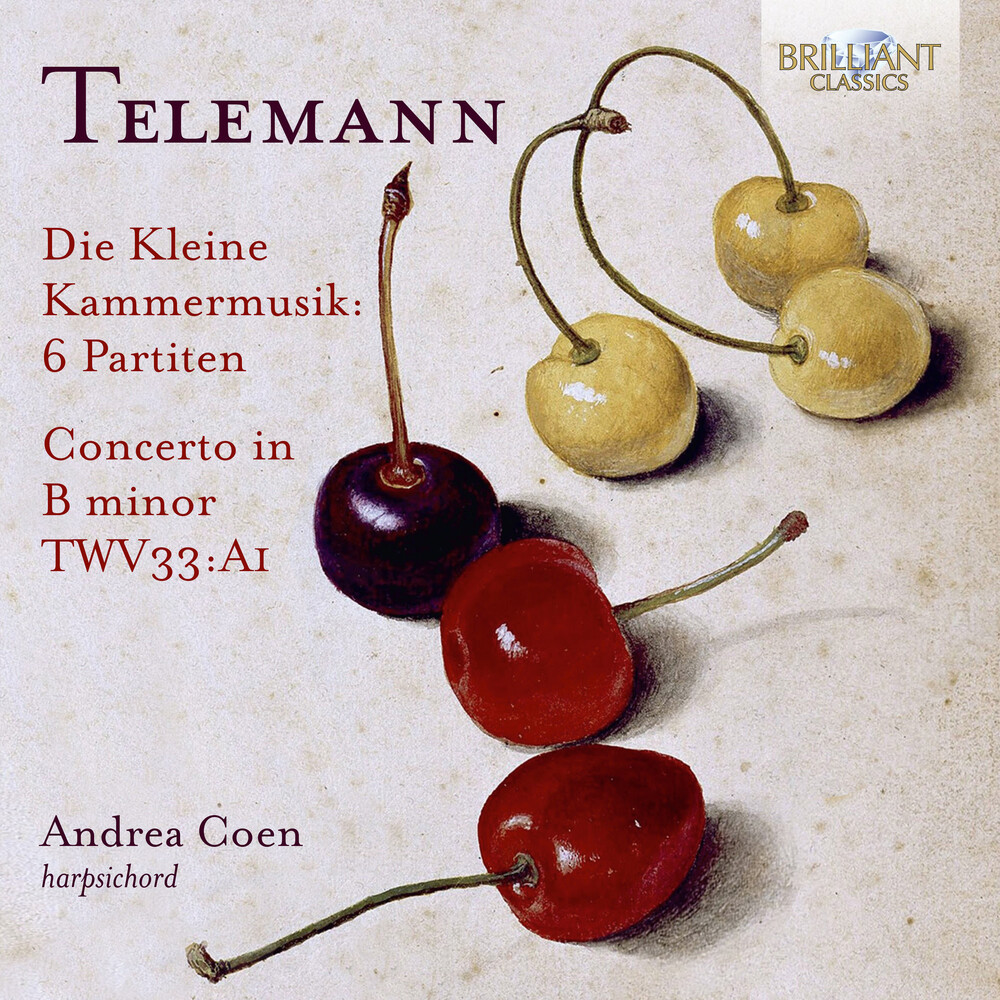 In 1716 Telemann published a new collection of chamber music, designed for violin or flute or oboe with basso continuo accompaniment. He aimed his dedication not towards a noble patron, but at several important musicians of the time, demonstrating a new, proud self-image of the artists among themselves. The composer himself authorized performance of them on the keyboard alone, and so Andrea Coen has taken Telemann at his word and made his own lively arrangements. Each partita consists of a prelude and six brief dances or arias. Despite such seemingly formal uniformity, the cycle of Kleine Kammermusik contains a wealth of ideas, and it is not without reason that Telemann later recycled much of it's melodic material: thus we may find here his musical world in miniature. In a short space we find French rondos and chaconnes, reminiscent of the affettuoso style of the Italian trio sonata, chromatic songs of lamentation and dances such as the Minuet, the Jig, the Gavotte and the Passepied. Andrea Coen is an organist, harpsichordist, and fortepianist, who has studied with such distinguished artists as Ton Koopman and Alan Curtis, and has collaborated with such figures as Christopher Hogwood and Monica Huggett. His recordings of Baroque and early-Classical keyboard repertoire for Brilliant Classics have attracted glowing reviews. Coen made the first complete recording of Telemann's Fantasias (94228). According to MusicWeb International: 'Coen, an experienced, insightful instrumentalist with a profound knowledge of historical performance practice and a sackful of important recordings under his belt, could make Telemann sound special even on a typewriter.'