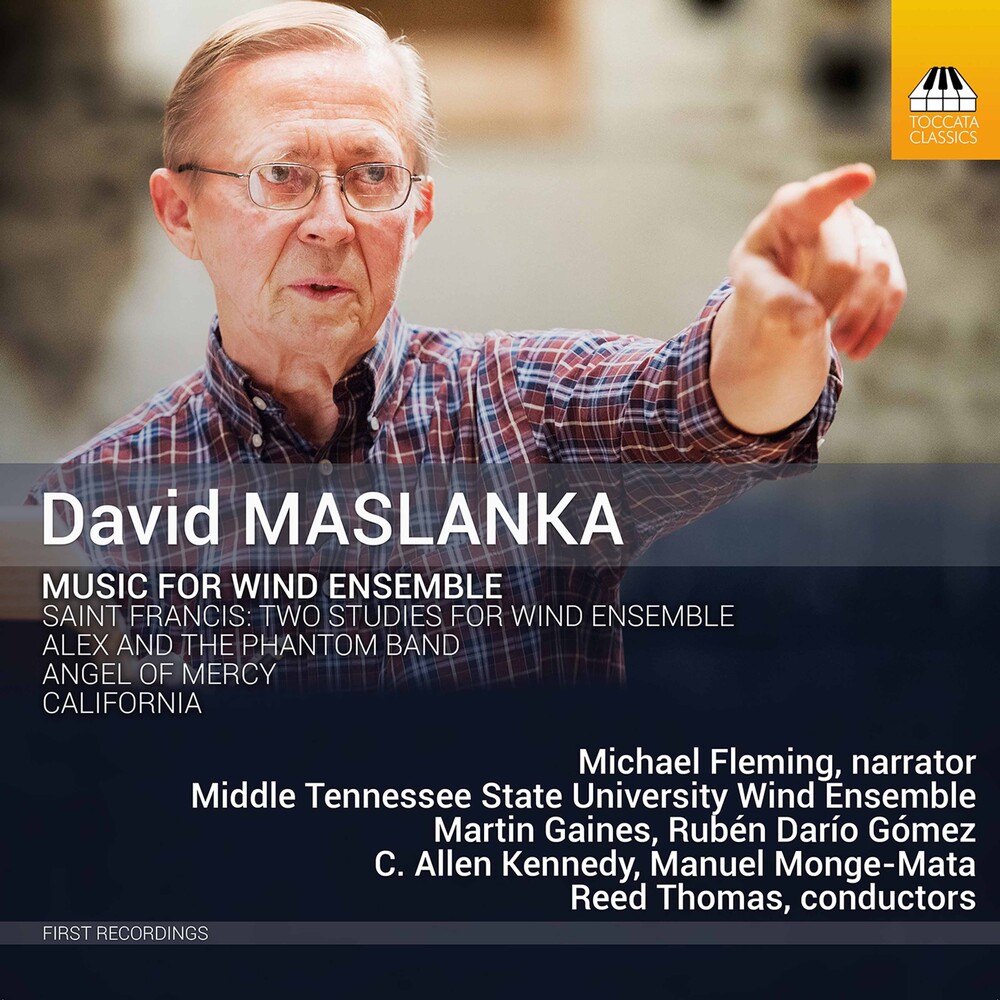 Although the American composer David Maslanka (1943-2017) wrote in a wide range of genres, it is for his generous output of music for wind band that he is best known. Three of the works heard here are in effect symphonic poems, all three infused with that big-hearted sense of space found in the best of American music and the quiet dignity of those endless open landscapes, but also energized by a powerful sense of freewheeling drama. The fourth piece is a charming and hugely engaging presentation of the instruments of the symphonic wind ensemble, a latter-day Peter and the Wolf - likewise intended for children and similarly bubbling with good tunes. The composer himself was closely involved in the preparation for these recordings - the last major project involving his music before his death - which now stand as a testament to a man much-loved in American musical circles.