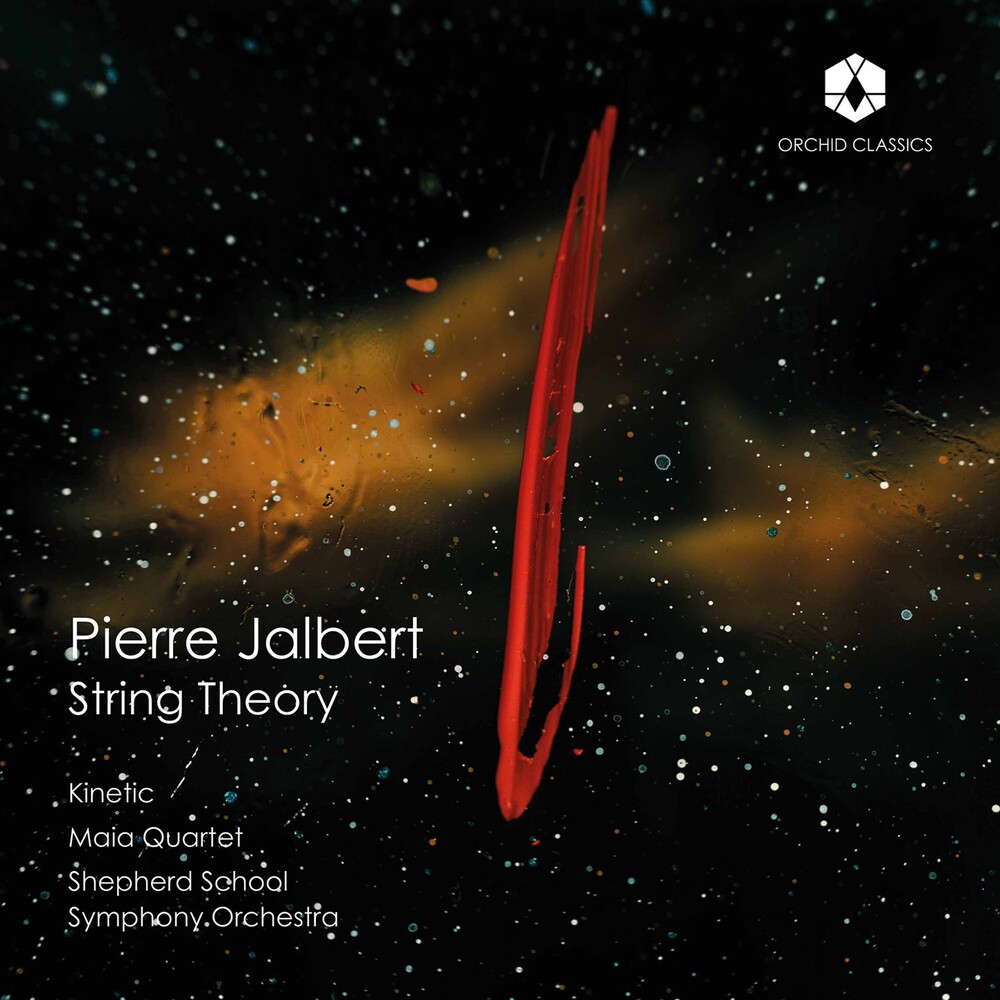 Full of world-premiere recordings, String Theory is an album of works by Pierre Jalbert, an American composer described in The New Yorker as "an acknowledged chamber-music master." Drawing on influences as diverse as medieval plainchant, the natural world and his French-Canadian heritage, Pierre Jalbert creates music that is "Rhapsodic and skillfully written" (The New York Times). We hear three pieces for string orchestra, all performed by the dynamic Kinetic ensemble. String Theory was inspired by the concept of quantum gravity and uses an array of techniques including harmonics, rapid bowing and vibrating strings; Autumn Rhapsody muses on nature's colorful autumnal display; and Elegy is a lyrical chorale. In Terra, for full orchestra and performed by the Shepherd School Symphony Orchestra, reflects on the earth's developmental processes, slowly evolving or suddenly changing. Jalbert's String Quartet No. 3 was commissioned by the Maia Quartet, which plays the work on this album; the piece unfolds in a series of evocative scenes.
back to top