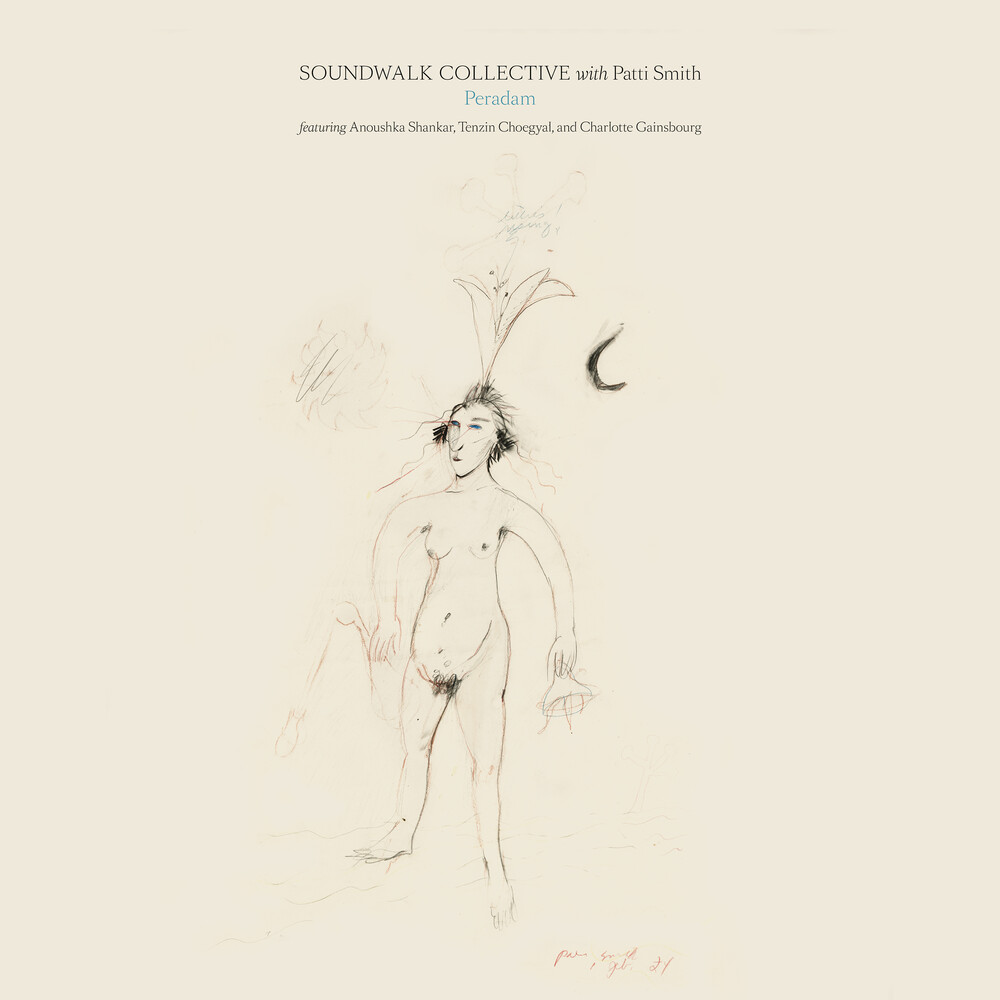 The sounds of Himalayan winds, sacred mantras and water rippling in the holy river Ganges, invite us to Peradam, the transcendent new album by Soundwalk Collective with Patti Smith. After albums devoted to Antonin Artaud (The Peyote Dance) and Arthur Rimbaud (Mummer Love), Peradam takes as it's entry point René Daumal's early 1940s novel Mount Analogue: a Novel of Symbolically Authentic Non-Euclidean Adventures in Mountain Climbing, in which the French writer, critic and poet mapped a metaphysical journey to "the ultimate symbolic mountain" in search of meaning. In it, Daumal introduced the idea of the "peradam", a rare, crystalline stone harbouring profound truths that is only visible to seekers on a true spiritual path. Featuring guests including Anoushka Shankar, Tenzin Choegal and Charlotte Gainsbourg, Peradam is the "the final stone" in The Perfect Vision triptych. Collectively they evoke and explore the sainted spaces of thought and creativity opened by the three French writers and poets.