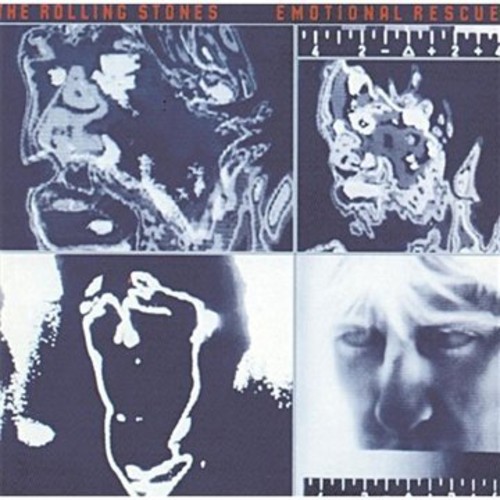 First issued in 1980, Emotional Rescue was a transatlantic chart-topper and it's infectious title track made the best-sellers list too. Recorded in Nassau in the Bahamas, in Paris and in New York, and produced by Jagger and Richards under their Glimmer Twins guise, it also contains the classic rocker She's So Cold, which went Top 40 in both the UK and the US, and Dance (Pt 1), another groove-oriented track, which was a club hit in the States. The bittersweet ballad All About You features one of Richards' most affecting vocal performances as well as Bobby Keys' distinctive saxophone. Corriston used a thermo camera to create the album's unusual cover, and drew on the same technique for the Emotional Rescue video.