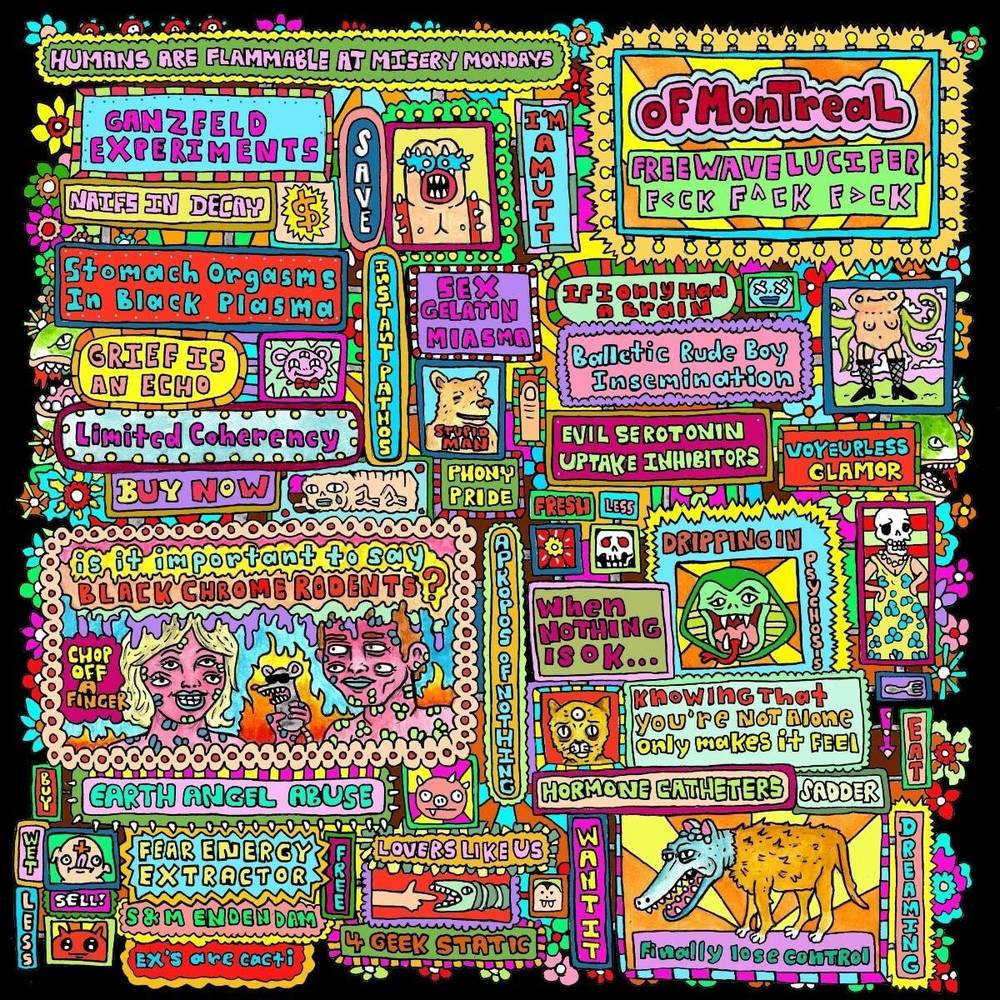 Over the course of the last two decades, Of Montreal's creative force, Kevin Barnes, has been wowing fans with their vast catalog of endlessly fascinating pop and mesmerizing live shows. Barnes' songwriting and production aesthetic has since become iconic in the industry and has garnered massive critical acclaim in publications such as Rolling Stone, The New York Times, NPR, and Pitchfork, who described the band's album, Hissing Fauna, Are You The Destroyer? as "ceaselessly fascinating and inexhaustibly replayable," as well as ranking it as the #5 album of the year. Barnes' influence on pop music is undeniable, with multiple late night TV appearances, including The Late Show With David Letterman and Late Night with Jimmy Fallon, as well as brilliant collaborations with the likes of Solange, Janelle Monáe, Jon Brion, and others. The band has also performed across the globe, with festival appearances at Coachella, Sasquatch!, Pitchfork Music Festival and others, as well as hundreds of millions of streams worldwide. On Of Montreal's latest album, Freewave Lucifer f ck f ck f ck, Barnes continues to push the boundaries of what pop music can be. On songs like "Marijuana's A Working Woman," Barnes revisits themes of psychedelia using pulsating synths over their instantly recognizable bass playing. The album also touches on aspects of gender fluidity and is a fascinating look at what makes Barnes one of the most prolific and creative songwriters making music today. "An astonishingly good late-period record from Of Montreal that's as uncomfortably savage in it's depiction of breakup psychology as it is relentlessly catchy." -Pitchfork (8.7 Best New Music - Hissing Fauna, Are You The Destroyer?)"The thesaurus-loving psychedelic chameleons return with what might be the glammiest groove since the late Marc Bolan shimmied on to the next dimension." -Rolling Stone on Aureate Gloom"[Lousy With Sylvianbriar] is one of the most memorable, lasting, and relatable albums in Of Montreal's extensive catalog, and easily one of the best." -AllMusic"... every year or so Of Montreal is going to release a new full-length of mind-bending glam-punk decadence that sort of blows everything else away." -Paste