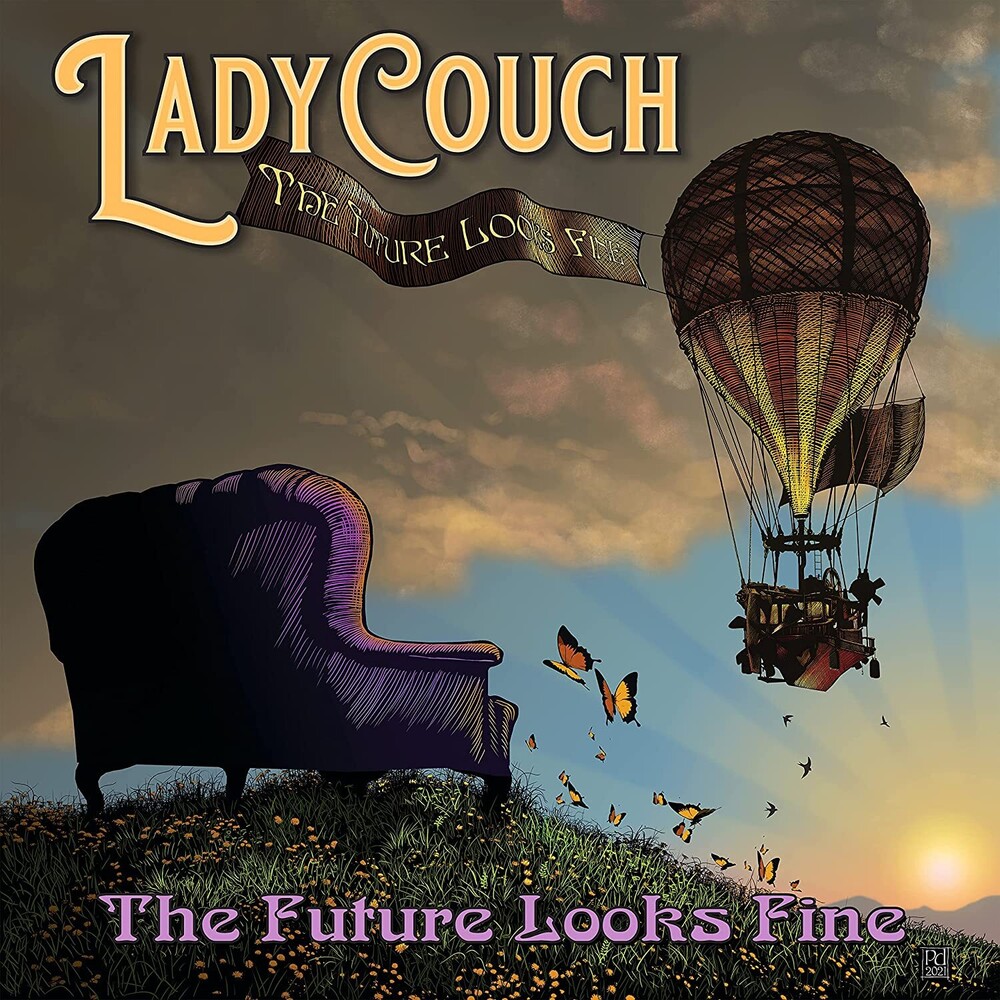 A southern-rock jam band fronted by Allen Thompson and co-founder Keshia Bailey, LadyCouch brings together a lineup of songwriters, horn players, harmony singers, and first-rate instrumentalists. The result is a larger-than-life sound inspired by the revue bands of the 1970s, bringing a contemporary approach to the timeless influence of Delaney & Bonnie, Little Feat and Joe Cocker's Mad Dogs & Englishmen. Funky and fiercely loyal, LadyCouch's members are a community unto themselves, writing optimistic songs about the struggles and triumphs that connect us all."We choose to make it through hard times by being together," says Bailey, who previously cut her teeth in the throwback soul group Magnolia Sons."There will always be struggle. You can sit and bask in it, or you can keep moving forward. For me, the best option is bond together and sing it out. That's what this band does for me. LadyCouch heals me."Before teaming up with Bailey, Thompson released four albums of psychedelic folk music as the frontman of Allen Thompson Band. Meanwhile, LadyCouch's other members - trombonist Diego Vasquez and the Nashville Horns, Robert Gay and Paul Thacker; recording engineer, co-producer, and bassist Gordon Persha; vocalist Olivia Burnett; former Radio Birds and Migrant Worker guitarist Mike Ford Jr.; and longtime bandmates Grayson Downs, Clint Maine, and Ray Dunham, all veterans from Allen Thompson Band - left their own marks on the city's music scene, creating music that nodded to their influences while still exploring new territory.LadyCouch's debut The Future Looks Fine, a high-spirited album recorded at Todd Snider's rehearsal space and hangout headquarters - the Purple Building - in East Nashville. Co-produced and engineered by Persha, the album finds LadyCouch writing about personal matters - heartbreak, brotherhood, and friendship - as well as the modern world outside, with songs that tackle thorny issues like social struggle and crooked politics. The songs are laced with layered harmonies, entwined electric guitars, and swirling organ, driven forward by melodic hooks as big as the band's lineup. Gluing everything together is LadyCouch's clear appreciation for one another. In a town filled with musicians, they're something rare: a genuine band of brothers and sisters, choosing to rally against the setbacks of today's world by holding each other aloft.
back to top