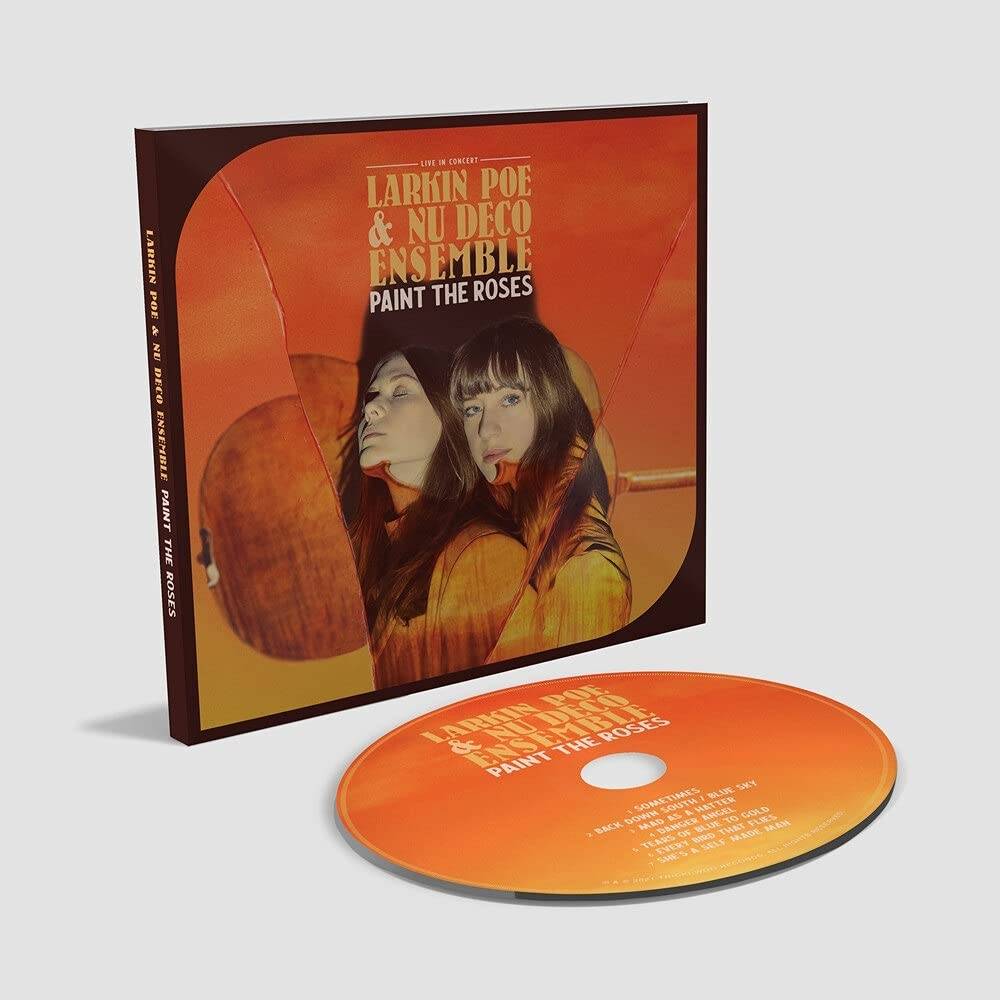 Innovative hybrid orchestra Nu Deco Ensemble brought their genre-bending orchestral music to fans around the world through their 2020-2021 virtual performance season including a collaborative concert with Larkin Poe on December 12, 2020, streamed live from the Miami Beach Bandshell.Roots Rock duo Larkin Poe shared, "As children, our hands-on introduction to music began in the classical realm; many of our foundational memories are accompanied by strains of Handel, Mozart, or Beethoven. We have journeyed through many genres since then, but with such strong emotional ties to the ensemble format, we had so much fun hearing our Roots Rock n Roll songs reinterpreted with the Nu Deco Ensemble." In any normal year, Larkin Poe would have released an acclaimed new album and then hit the road for a very long time. But of course, 2020 was no ordinary year. The GRAMMYr Award-nominated sister duo of Rebecca and Megan Lovell kicked things off in June 2020 with their fifth studio album, SELF MADE MAN, topping an array of Billboard charts while earning unanimous acclaim around the world. Instead of a summer of tour buses and packed theaters, the Atlanta-bred, Nashville-based Lovells found themselves at home, performing many livestream concerts and adding to their much-loved YouTube covers series. It was at the Nu Deco Ensemble collaborative concert that Larkin Poe got to play their SELF MADE MAN album songs for the first time in front of a social distanced audience. SELF MADE MAN is undeniably the Lovell's most wide reaching, artistically adventurous, and self-determined work to date, finding the multi-instrumentalist sister duo, pushing their music and message towards hitherto unexplored terrain. Inspired by their epic world travels yet still powerfully rooted in the creative heritage of their beloved American South, the album was ambitious in both it's eclectic, energetic sound and it's resolutely welcoming mission, it's universal lyrical approach fueled by tradition, invention, and Larkin Poe's remarkable ability to touch the hearts and souls of their fellow humans worldwide.
back to top