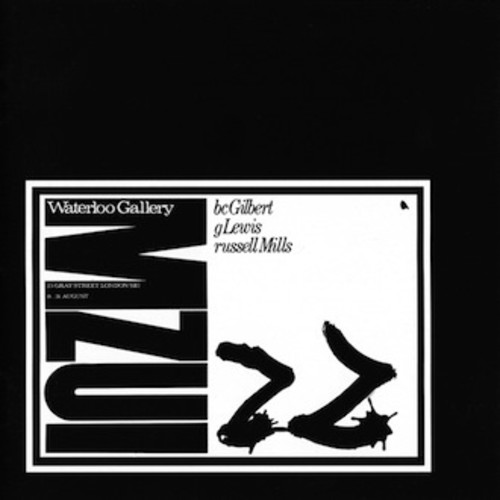 LTM Publishing is pleased to announce the second release on sub-label Boutique, dedicated to experimental ventures and one-offs. Welcome to the Boutique! Mzui is the aural record of an audio-visual installation staged in August 1981 by ex-Wire members Graham Lewis and Bruce Gilbert together with designer and Eno collaborator Russell Mills. It follows in the tradition of the experimental work recorded by the Wire men under their guises of Dome, Cupol, Duet Emmo and P'o. Mzui was staged in August 1981 at the Waterloo Gallery in London, a former meat-packing warehouse. Many of the visual elements were fashioned from what was found in and around the gallery, and visitors were encouraged to participate by adapting or 'playing' the objects as they saw fit. A 'meadow' of broken glass was condemned as unsafe by Health and Safety inspectors. In addition, recording equipment was installed so that public interaction with the objects on display could be recorded, and played back through a PA system. The Mzui album (released in 1982) made no attempt to capture the original atmosphere of the installation, and instead addressed the notion of sound as landscape, as articulating a sense of place. There are parallels with Brian Eno's On Land album, released the same year, in which he explored the concept of using recording technology to create imaginary landscapes. Whereas Eno created exterior, rural and arguably more lyrical spaces, the world of Mzui is distinctly urban and interior. Mzui runs for 40 minutes and has been digitally remastered. It features the original album artwork as well as many extra images from the show, and sleeve notes by Wire biographer Kevin Eden.