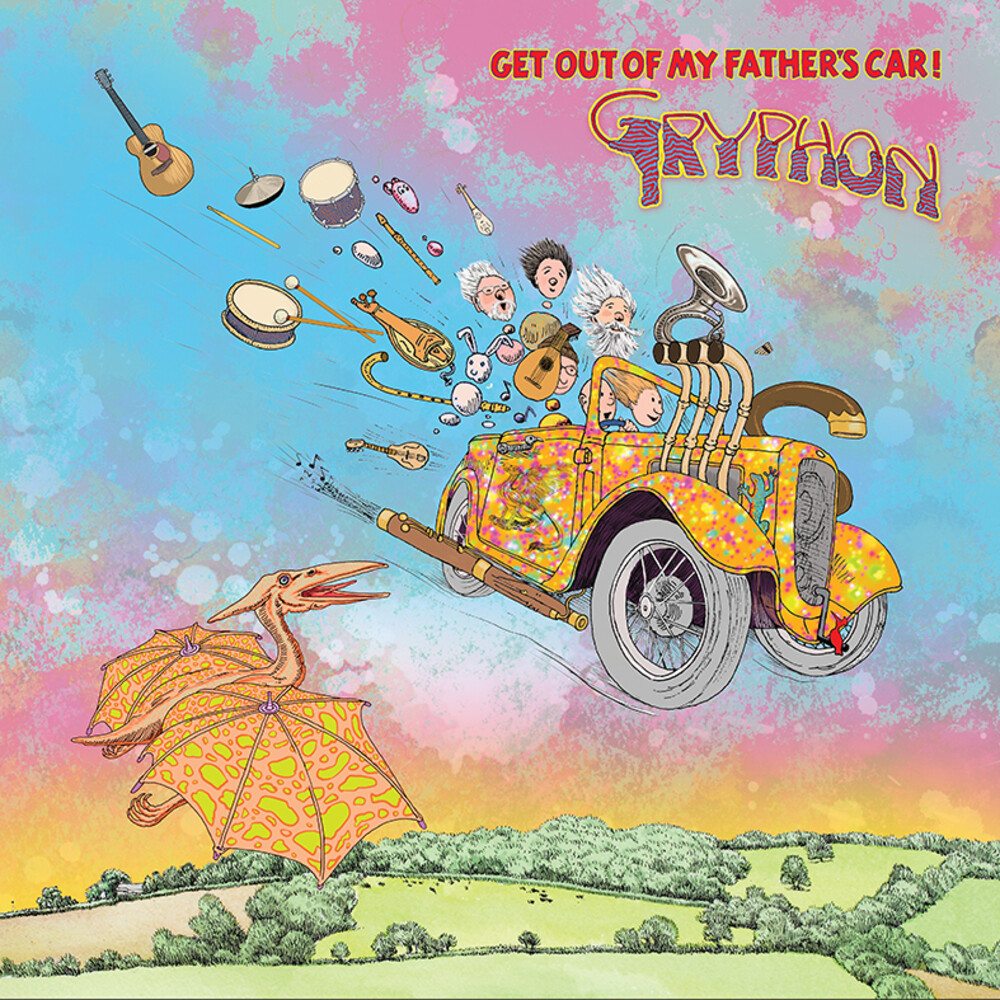 Get Out Of My Father's Car
Artist: Gryphon
Format: CD
New: Available $22.99
Wish

It is almost impossible to pigeonhole the legendary and unpredictable Gryphon, recently reformed nearly 40 years after a very successful spell throughout the 1970s, which included extensive touring in the States and Europe with Yes, Steeleye Span and Mahavishnu Orchestra. They even appeared on BBC Radios 1, 2, 3 and 4, all in the same week! Gryphon stunned their faithful following four decades later in 2018 when they released their sixth studio album, ReInvention, to huge acclaim. Anyone who thought this was an isolated flash of brilliance now has another think coming as we announce a further brand new release which proves to be every bit as unfathomably innovative and exciting. Continuing to display fine humour, it defies repetition in favour of seemingly constant streams of reinvention, perhaps even surpassing it's predecessor in it's richness. Original members Graeme Taylor, Brian Gulland and Dave Oberlé are joined by the extraordinarily virtuosic Andy Findon on clarinets, saxes and flutes, plus two new members: the experienced and versatile Rob Levy on bass guitar and the amazingly talented Clare Taylor on violin and keyboards. All three new members have contributed compositions to 'Get Out Of My Father's Car' and the range of styles is unprecedented. Gryphon is proud of it's diverse appeal, enjoying a global fan base, and a wide range of audiences - progressive, folk, rock as well as classical and early music lovers.