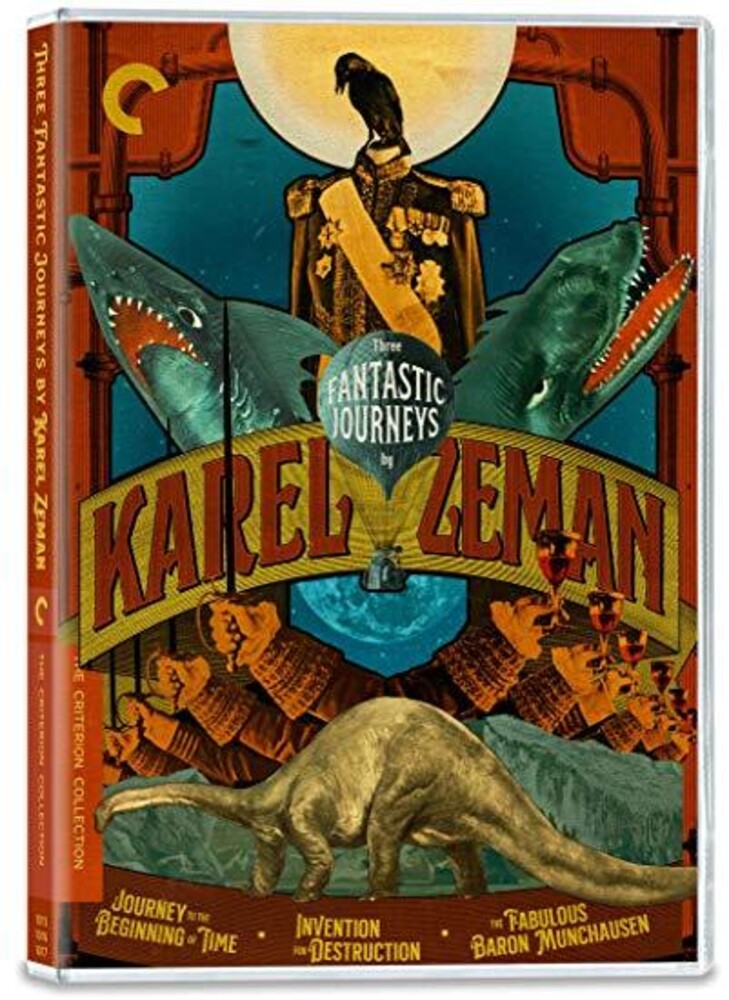 A one-of-a-kind silver-screen illusionist, Czechoslovak filmmaker Karel Zeman devoted his career to transporting viewers to realms beyond their wildest imagining. The deft, breathtaking combinations of live-action and animation techniques that he pioneered in the postwar years earned him comparisons to legends such as Georges Melies, and an array of followers that includes Jan Svankmajer, Terry Gilliam, and Wes Anderson. Presented here are three of Zeman's most enchanting fantasies a boys' adventure into the mists of prehistory, a Jules Verne-derived flight of fancy, and an exotic eighteenth-century tall taleall of them treasure chests of wondrous sights, tactile textures, and headlong yarn-spinning that helped put Czechoslovak cinema on the international map.