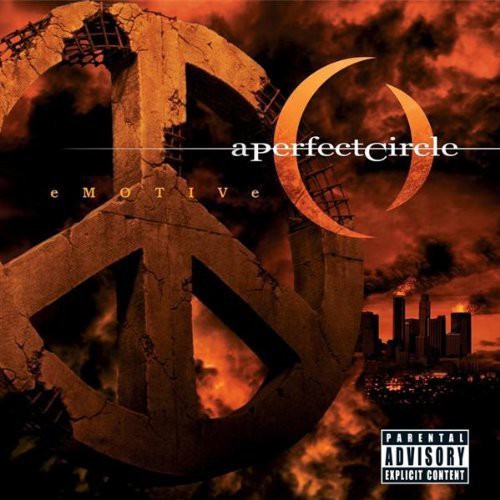 EMOTIVE is a collection fo songs about War, Peace, Love and Greed and features new material and songs like "Imagine" by John Lennon, "What's Goning On" by Marvin Gaye, and "Let's Have a War" by Fear.

''eMOTIVE'' is the third album by American rock supergroup A Perfect Circle. It was released on November 1, 2004 (although in the United States on the following day). It was released to coincide with the US presidential election. The album contains 10 political covers (although unusually, the melodies of many of the songs are drastically changed from their original states), and 2 'original' songs which are also covers. "Passive" is a cover/remake of "Vacant" by the ex-group Tapeworm and "Counting Bodies Like Sheep to the Rhythm of the War Drums" is also a follow up of the song "Pet" released by A Perfect Circle in 2003 on the album ''Thirteenth Step''. It debuted on the ''Billboard'' Top 200 Albums chart at #2 behind the various artist compilation, ''Now 17''. It was certified Gold by the RIAA on December 9, 2004. The album cover shows Los Angeles in an Armageddon-like state. - Wikipedia