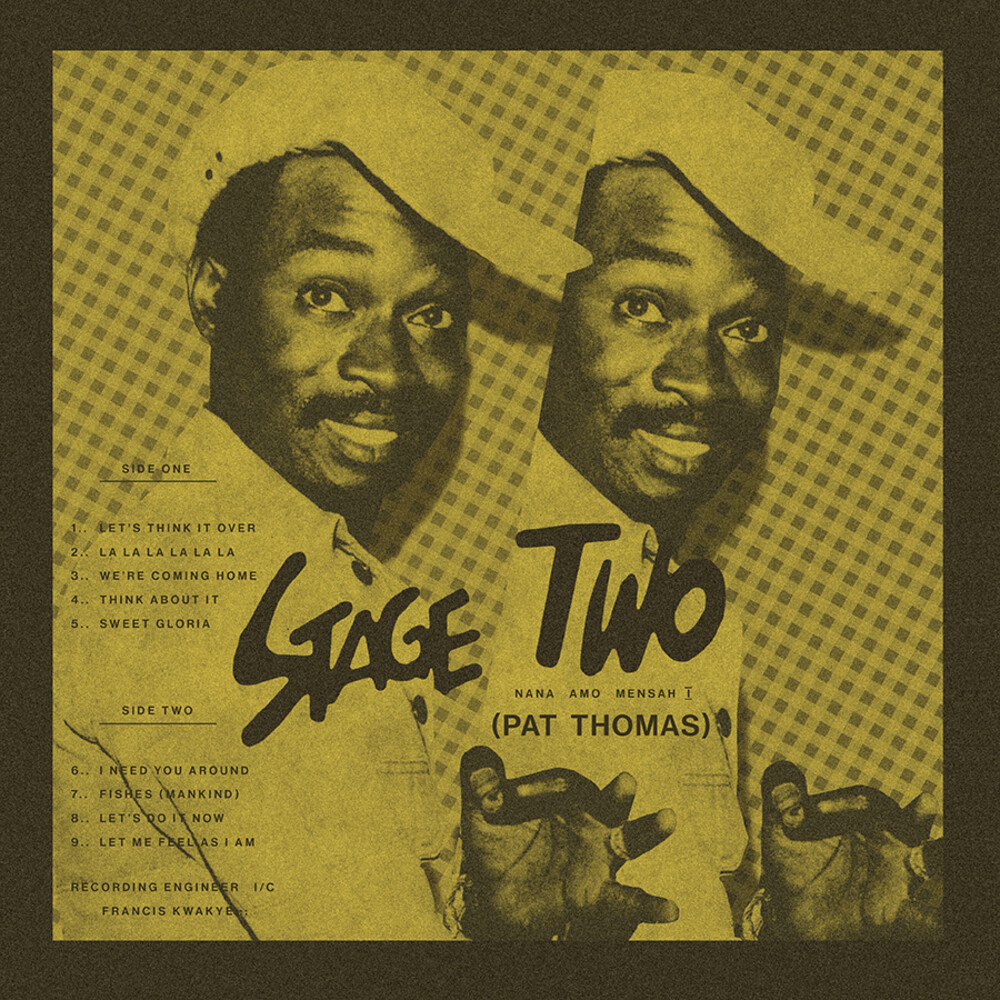 The legendary Ghanaian singer-producer Pat Thomas needs little introduction, he is a globally recognized vocalist and songwriter, famed for both his solo works and that with the highlife bands The Blue Monks, Broadway-Stargazers Dance Band, The Satellites, The Sweet Beans, Marijata, The Kwashibu Area Band and The Uhuru Dance Band. Between 1974 and 2019, he issued more than two dozen recordings offering a unique take on highlife, funk, reggae, soul and Afro-beat/pop. Pat Thomas' work was sampled many times and continues to be featured on compilations by renowned reissue-labels across the globe. Born in 1946 in Agona (in the Ashanti region) as Kwabena Nyamekye Amoo-Mensah, Pat Thomas almost literally had music in his DNA: his father was a music theory teacher and his mother worked as a bandleader. His uncle was none other than legendary Ghanaian guitarist King Onyina, who was not only renowned for his own recordings, but for his performing work with Nat King Cole, Miriam Makeba, Ray Charles and Ella Fitzgerald. Thomas went to live with his uncle where he learned musical notation, began to study guitar and play drums. He became a notable composer, and as a teenager, quickly established a reputation in the local club scene as a singer. In the early Seventies, he moved to Accra to join Ebo Taylor's legendary highlife band The Blue Monks (their residency at the Tip Toe Nite Club is an important part of Ghanaian musical history). Pat Thomas left Taylor's band (though their friendship and their musical association continued) and moved to the Ivory Coast in 1973, where he formed The Satellites. The band was short-lived but they did record a few singles. In 1974, he formed The Sweet Beans (which also featured Ebo Taylor in some of it's incarnations) and started to cut several albums for the Ghanaian label Gapophone Records between 1974 and 1980. Soon, his singles started to become major radio-DJ favorites. 1976 turned into Pat Thomas' busiest year... this was the year that he released his most-famed works: the "Stay There", "Pat Thomas Introduces Marijata" and "Stage Two" albums! Marijata was a notable funky Ghanaian group (who had their own unique identity) that started to back Thomas' on several of his classic albums.
back to top