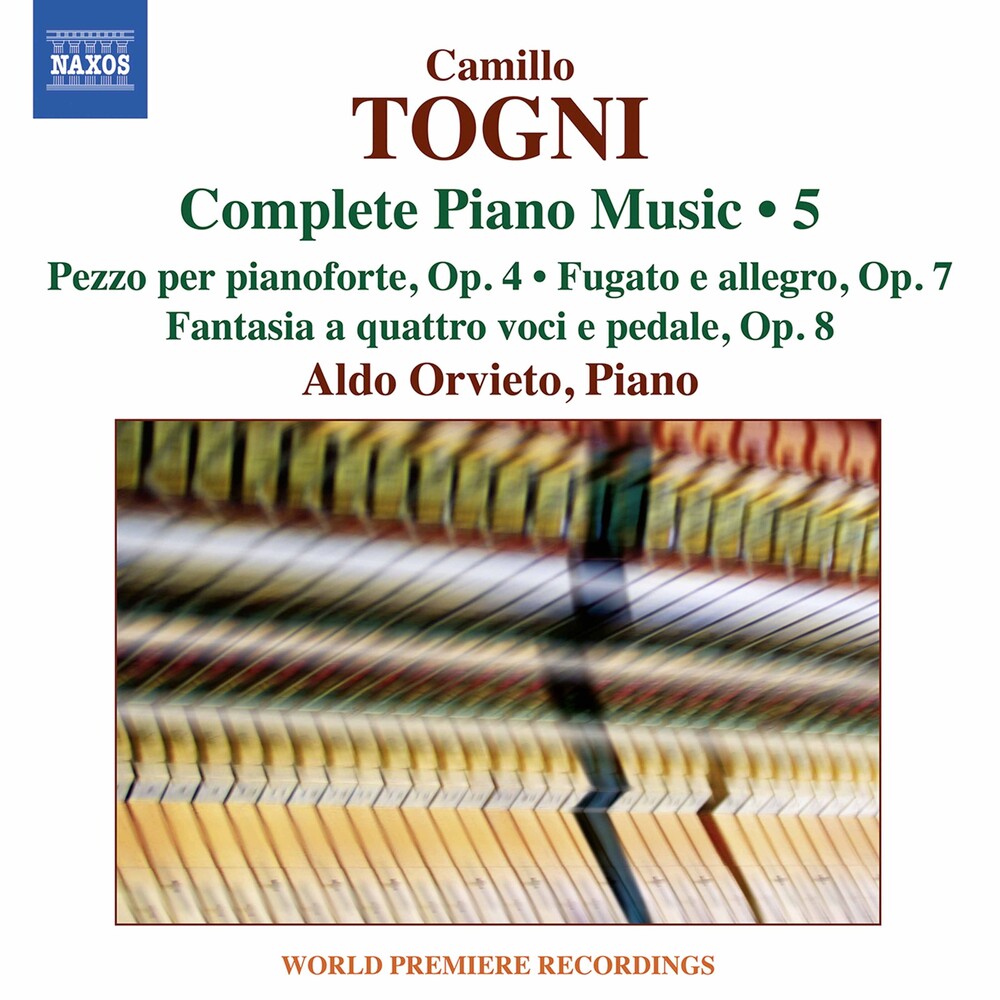 Camillo Togni loved the piano and fully understood the instrument's great potential for colour and virtuosity. This final volume in the series explores Togni's very first piano works, redolent of Chopin and Liszt, as well as pieces from his formative years of development. They include the Pezzo per pianoforte and the Fantasia a quattro voci e pedale where his use of chromaticism and contrapuntalism is vividly audible. His two cadenzas for the Mozart piano concertos reflect Togni's endless admiration for his erstwhile teacher, the great pianist Arturo Benedetti Michelangeli. Pianist Aldo Orvieto has recorded and performed for the main European radio broadcasters, including the BBC, Rai, Radio France and German radio. He has a discography of more than 70 albums including his ongoing series of Togni's piano music on Naxos, all of which have garnered much critical acclaim. As a member of Ex Novo Ensemble, Orvieto appeared in a recording of Togni's chamber works (8.572074).