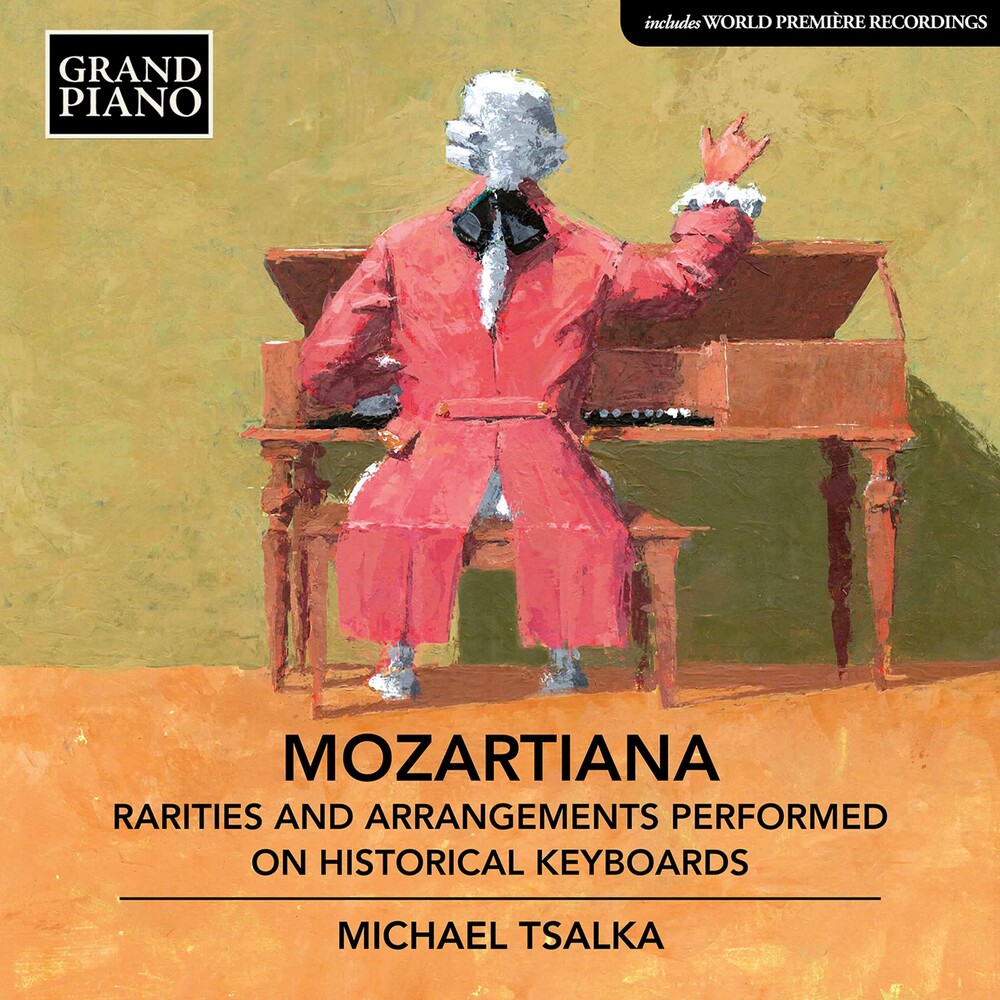 Keyboard arrangements of Mozart's compositions, ranging from one of his earliest minuets to his tribute to J.S. Bach, reveal the variety and fecundity of his imagination, not least in the inspired collection made by the great pianist Edwin Fischer, and in the excerpts from the playful Londoner Skizzenbuch. They are performed on two original and newly restored instruments, the TangentenflĂĽgel - a transitional keyboard instrument with a unique tone quality that sounds like a harpsichord endowed with dynamics - and the pantalon square piano. This is the first recording ever made of a historical pantalon. Pianist and Early Keyboard performer MICHAEL TSALKA has won numerous international prizes. A versatile musician, he studied at Temple University under the guidance of Joyce Lindorff, Lambert Orkis and Harvey Wedeen. Other mentors include Dario di Rosa, Malcolm Bilson, David Shemer, Charles Rosen and Sandra Mangsen. Michael Tsalka maintains a busy concert schedule with recent performance highlights including Zhonghe Hall in the Forbidden City, Beijing; Palacio de Bellas Artes Theatre in Mexico City; The Royal Concertgebouw, Amsterdam; the Hermitage Museum in St Petersburg; The Metropolitan Museum in New York; the Mozarteum in Salzburg, Kunsthistorisches Museum in Vienna; the Elbphilharmonie in Hamburg; and Sydney Conservatorium of Music. He is currently head of the keyboard department at the Vanke Meisha Arts Academy (VMAA) in Shenzhen, China.