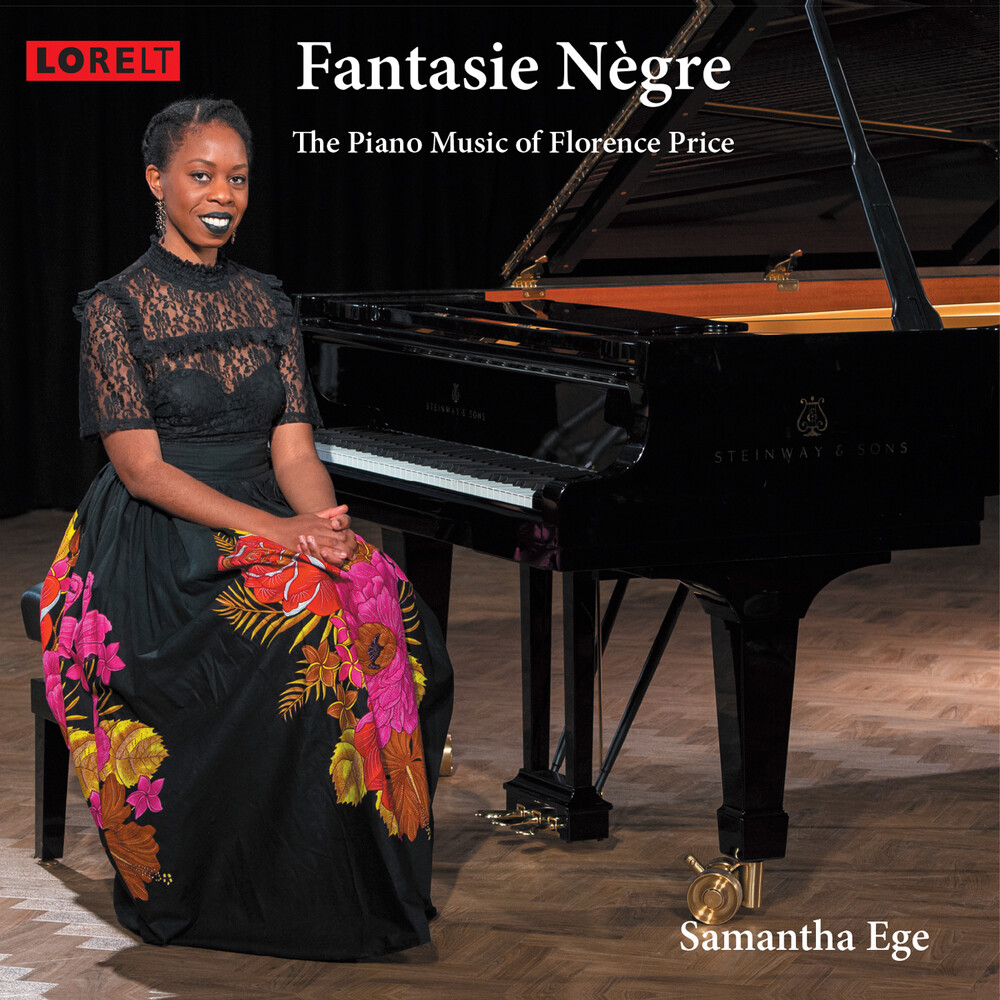 Musicologist and pianist, Samantha Ege, celebrates the work of trailblazing composer Florence Price on her highly romantic and expressive new album Fantasie NĂ¨gre: The Piano Music Of Florence Price. Released on 5 March 2021, the physical release coincides with the digital launch on International Women's Day (8 March 2021). The album includes the first full recording of all four Fantasie Ne`gre showpieces, following the rediscovery of Price's Fantasie Ne`gre No.3. Ege, a Junior Research Fellow at the University of Oxford whose work seeks to highlight composers from underrepresented backgrounds, said: "As a young pianist, discovering Price made me feel visible. She belonged to a long legacy of black composers who channelled their African heritage into classical forms. "The classical mainstream must now work to realise the future that she no doubt hoped to see, one where the concert hall welcomes black classical artists, not only posthumously." Price (1887-1953), is best known for her Symphony No.1 in E minor, performed by the Chicago Symphony Orchestra in 1933. She was the first African-American woman to have her music presented by a major US orchestra. Born in Little Rock, Arkansas and taught by her mother, Price graduated from the New England Conservatory aged 19. While there, she presented herself as Mexican as her black racial identity could preclude her success. Race riots and routine lynchings forced Price's family to move to Chicago's South Side after her studies, where she found a vibrant community of African-American musicians and composers. Much of Price's work, characterised by their blend of European Romantic idioms and those drawn from African American traditional music, came perilously close to being lost following her death - a collection of her manuscripts were rediscovered in a dilapidated house in St. Anne, Illinois, in 2009. Sadly, Price faced continued barriers due to her race and gender, working as a composer and teacher until her death in Chicago in 1953.
back to top