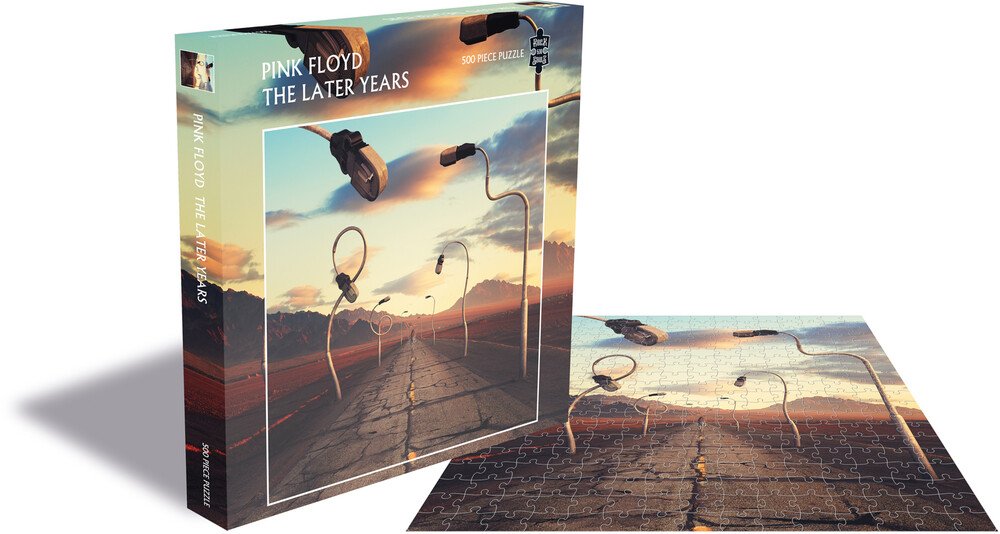 "The Later Years" is a box set by British rock band Pink Floyd released on 13 December 2019 by Pink Floyd Re-cords. It follows the 2016 box set The Early Years 1965-1972, and compiles Pink Floyd's work under the leadership of David Gilmour after the departure of founding member Roger Waters. It includes a remixed and surround sound version of A Momentary Lapse Of Reason, and a surround version of The Division Bell. A film by Ian Emes accom-panying surround mixes of the album The Endless River (2014) is included in BD/DVD video discs. Also included is an expanded version of the 1988 live album Delicate Sound of Thunder with additional tracks; re-edited versions of the concert films Delicate Sound of Thunder (1989) and Pulse (1995); a live recording of Pink Floyd's headline performance at the Knebworth 1990 charity concert; a previously unreleased concert film from Pink Floyd's per-formance in Venice; 5. 1 surround sound mixes and high-resolution stereo mixes; single B-sides; demos from The Division Bell sessions; and memorabilia. When David Gilmour and Aubrey Powell were discussing "The Later Years" Box, they decided that a return to a more surreal Hipgnosis cover image would work best. Michael Johnson from the Johnson Banks studio came up with an interesting concept. They decided on a young woman walking a desert road near Joshua Tree in California. As she passed the streetlights at the side of the road they would seem to curve and turn in an unusual manner. It's partly Sci Fi and partly about power. The power to change the normal into the abnormal by a simple twist of fate. The power of Pink Floyd. Rupert Truman who photographs many pictures for me these days did the photography and I designed the box set with the help of art director Peter Curzon. 500 pieces, Weight: 490g, Jigsaw size: 39cm x 39cm, Box size: 30. 9cm x 30. 9cm x 2. 8cm