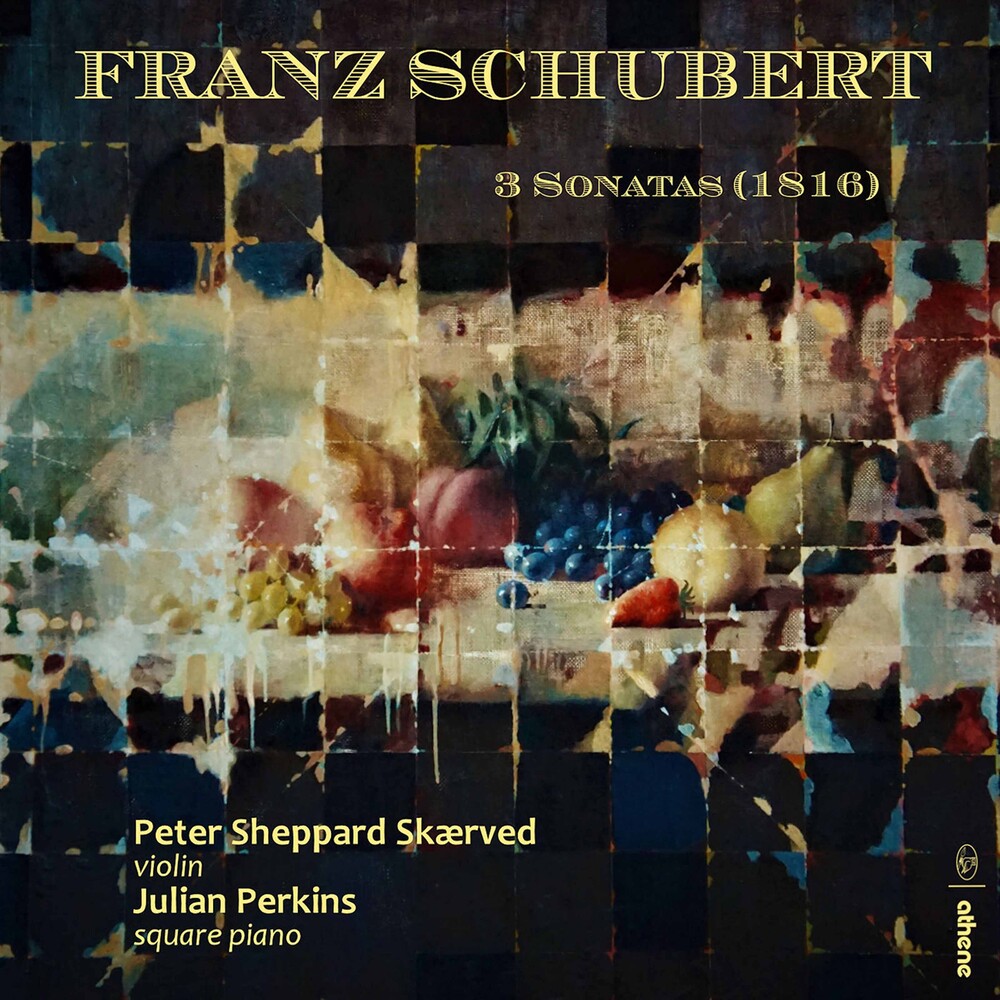 As well as being internationally recognized as a leading interpreter of music new and old, Peter Sheppard SkĂ¦rved is the only violinist to have performed on the personal violins of Viotti, Paganini, Joachim, Kreisler and Ole Bull. On this recording he plays a fabulous instrument made by Martin Leopold Widhalm II in 1782 with a bow by FranĂ§ois Tourte around 1775. Peter's work is celebrated worldwide and he has made many recordings for Athene and, with contemporary music, for it's sister Divine Art group label MĂ©tier, both as soloist and with the Kreutzer Quartet and the ensemble Longbow. Julian Perkins is one of Britain's most accomplished early-music specialists and with his ensembles Sounds Baroque has worked with many top singers and actors. He has also directed the Academy of Ancient Music and has presented concerts and operas around the UK. Here he plays a square piano of 1812 by the Clementi family. Franz Schubert had two approaches to the violin - one a particularly virtuosic and fiendish style which evolved from his earliest orchestral works through to his late G major String Quartet. The other is far more subtle, using a narrower range of notes and extremes, and here in the 1816 Sonatas, revealed in a perfect balance between the two instruments in a technically and musically concise form. This concision drew publisher Diabelli to call the works 'Sonatinas' and they have been wrongly called such for 200 years; however this misappellation is almost an insult to the fascinating and wonderfully balanced works that they are.