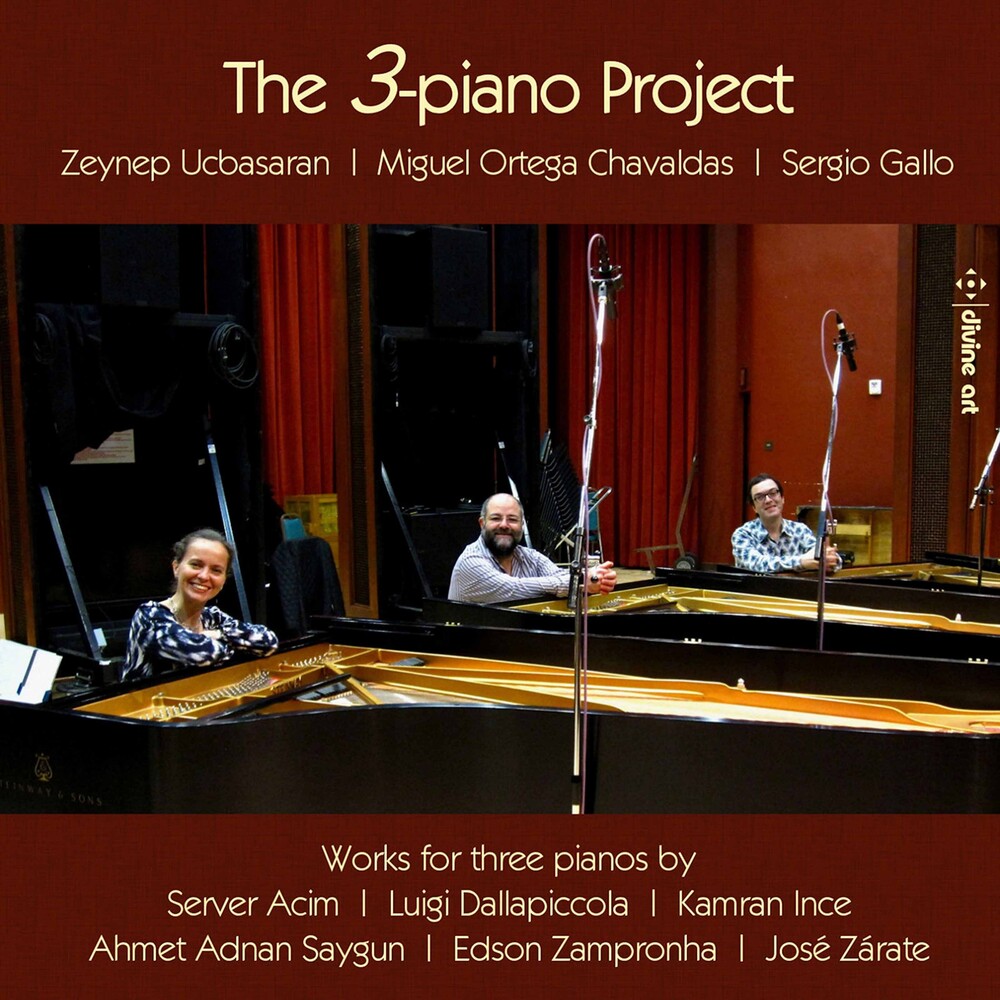 While music for two pianos is encountered frequently, larger groups of pianos are rare, so this is an excellent opportunity to explore new and recent music for three pianos by composers from Turkey, Brazil, Spain and Italy. While exploring modern techniques the music is predominantly tonal, and remarkably light and clear-textured much of the time, though never facile or shallow. The composers have used the three keyboards to explore richer melodic lines and counterpoints while avoiding the temptation to create overwhelming walls of sound. The piece by Dallapicolla in particular is open-textured and quite traditional, predating his adoption of serialism. The album includes the world premiere recording of Saygun's major work 'Poem'. The three pianists are also international - Ucbasaran and Gallo now both live and teach in the USA and Chavaldas works in Spain. They met when students at the Franz Liszt Academy of Music in Budapest, Hungary. They all have highly praised recordings and concert appearances to their credit and came together for this special album in 2010 though it has awaited it's release until now.