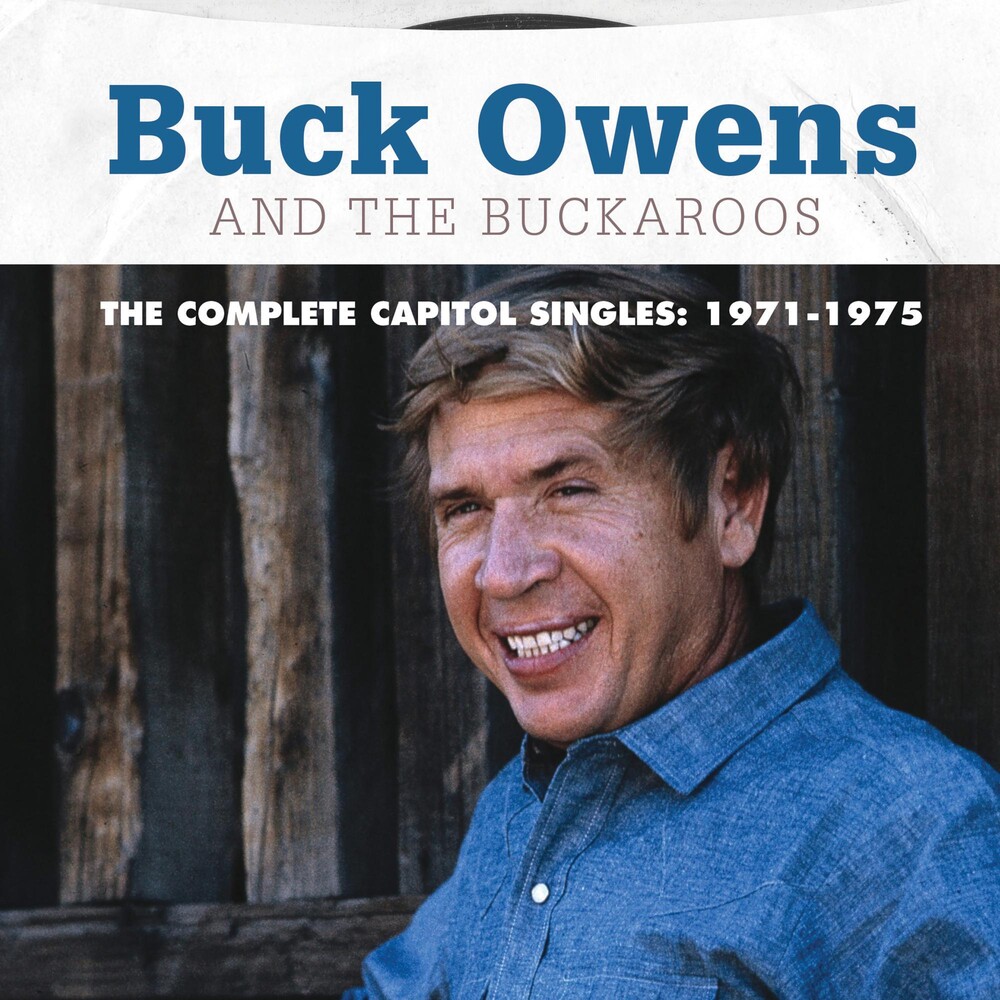 The final installment completing the entirety of Buck Owens' historical Capitol singles. One of the good things that happened in 1970 was that I finally had my studio up and running in Bakersfield. If I was in the mood to record, I'd just call the guys and tell 'em when to be there. I didn't have to deal with having to find out when Capitol's studio would be available anymore, or go to the trouble of driving down to L.A. every time we were going to record, or knowing that every minute I was recording at Capitol it was costing me money. It was still costing me money to record at my own studio, of course, but at least I wasn't billing myself at an hourly rate that would be charged against my record royalties like Capitol had done to me all those years. -Buck Owens This third and final collection of Buck's Capitol singles includes the A- and B-sides of every release from 1971 to the end of his original Capitol era in 1975. Taken together, they represent a period of experimentation that reflects Owens' willingness to adapt to changing times and commercial tastes. The music presented here includes some pop-inflected country, some bluegrass, some novelty songs, some slickly-polished productions, and some stripped-down ballads. In Buck's chest, however, beat a hard-driving honky-tonk heart that was never too far from the surface. The elements we associate with Buck's 1960s period are on display here, too. While his '70s output doesn't often earn the same attention as his earlier work, there is much from this period that should be celebrated. -Scott B. Bomar, from the liner notes Omnivore Recordings, in conjunction with the Buck Owens Estate, is proud to present Buck Owens And The Buckaroos' The Complete Capitol Singles: 1971-1975. This is the third and final volume in a series chronicling every one of Buck's historic Capitol singles from the '50s, '60, and '70s. Taken from the original stereo masters, The Complete Capitol Singles: 1971-1975 collects the A- and B-side to all 21 singles from that period, including 9 Top Ten hits, in their original, chronological form. Newly remastered, and featuring liner notes from Scott B. Bomar, The Complete Capitol Singles: 1971-1975 presents the golden age of Buck Owens in an entirely new way. These are the records that made Buck Owens a legend and defined the Bakersfield Sound. It's history. It's The Complete Capitol Singles: 1971-1975.