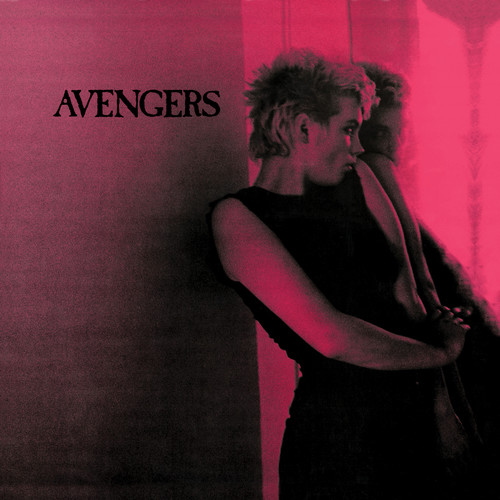 Limited vinyl LP repressing of this punk classic. In the late '70s, The Avengers established themselves as one of America's preeminent punk bands. Fusing incisive guitar hooks, explosive rhythms and adolescent venom, the group forged some of the most in-your-face songs of the era. Their live shows were legendary, playing up and down the West Coast and even blowing Sex Pistols off the stage at the latter's final performance. As Byron Coley writes in the liner notes, "Of the best bands of San Francisco's first wave in 1977, The Avengers were by far the coolest and youngest sounding. They roared without irony, as though this were indeed Year Zero (and, for a moment, it was), with history being overwritten by the new. The honesty of their belief was carried by their sound. And it was convincing!" Originally released in 1983, four years after the band's dissolution, The Avengers' self-titled LP is often referred to as The Pink Album for its magenta-hued cover design. Front woman Penelope Houston's iconic voice and razor-sharp lyrics resonate on anthems "We Are The One" and "The American In Me," while penetrating ballads like "Corpus Christi" reveal a truly out-of-body euphony. The Pink Album remains The Avengers' definitive statement-collecting their classic Dangerhouse EP, sessions recorded with the Pistols' Steve Jones and a half-dozen revelatory demos. While much has been written about The Avengers in the past three decades, rock critic Greil Marcus puts it succinctly, "The word I always come back to is mystical, and that remains almost theirs alone."