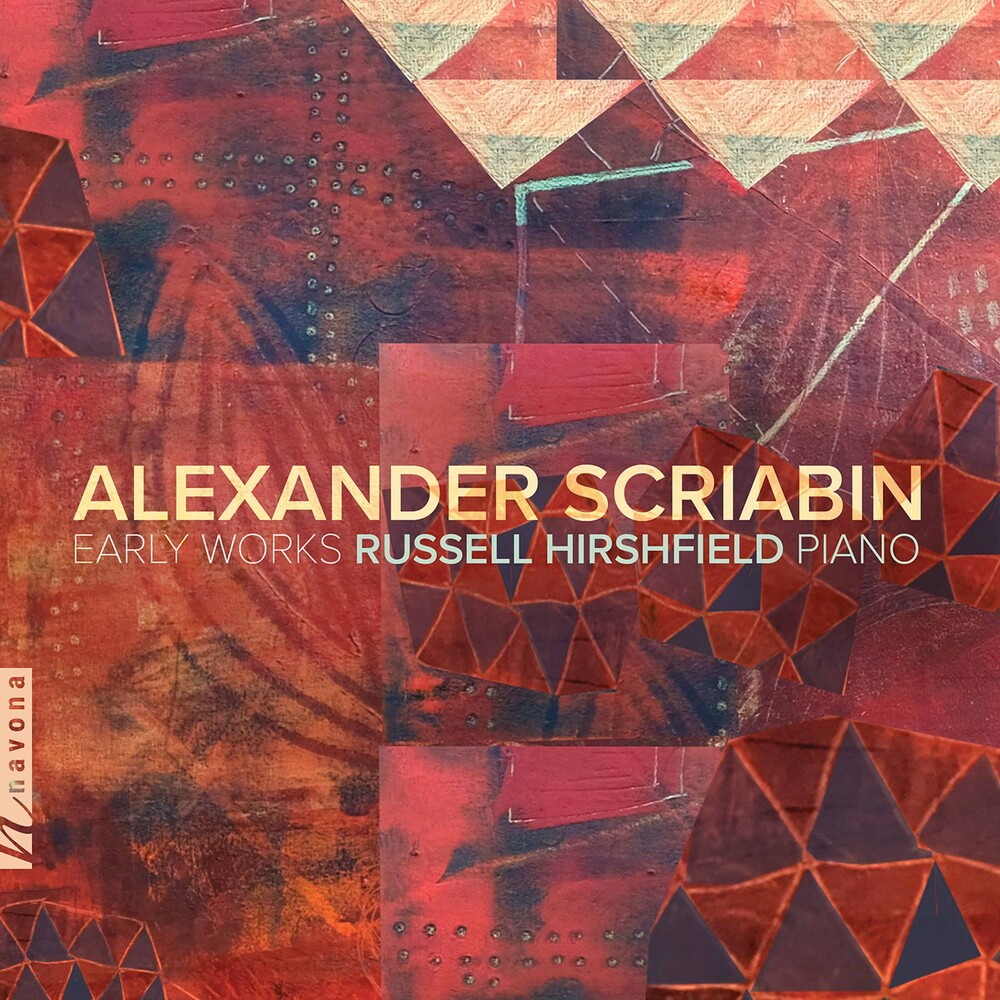 Russian composer Alexander Scriabin is known to enthusiasts for his theory of musical colors, innovative piano works that pushed the boundaries of tonal writing, and for his untimely demise brought on by an unsanitary razor blade. American pianist and music professor Russell Hirshfield has now recorded an ambitiously-broad selection of the composer's early works which may well provide a novel talking point. There are relatively few recordings of Scriabin's music these days, possibly because it's a daunting task: The compositions demand a high level of virtuosity, but also a natural musical expressiveness that few performers are able to capture. Often, as in the case of the 24 Preludes, the performer is required to condense the emotional depth of an entire sonata movement into one minute or less. It's a well-crafted but fragile kind of music: if any one component, say, the phrasing, is off-color, the whole piece can fall apart. Luckily, Hirshfield is more than up to the challenge. His pianistic sentiment, technical command and interpretive clarity is not only impressive, it's the perfect fit for Scriabin. The level-headed yet profoundly empathetic playing truly brings out the shine in Scriabin's idiosyncratic compositional voice. This rendition isn't drenched in pseudo-Slavic drama which often mars contemporary recordings of Russian composers: instead, it rightfully portrays the pieces as the works of the individual. And it's a success. ALEXANDER SCRIABIN: EARLY WORKS couldn't be more aptly titled: Even though they constitute a selection, one would be hard-pressed not to imagine them as the sole recordings of the true, unadulterated Scriabin. Russell Hirshfield adds another exceptional merit to his great pianistic mastery: that to be a good musician is not only to be a performer, but to be an ambassador.